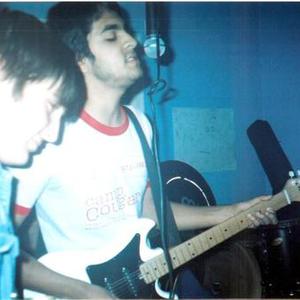 These ideas transfer to James' solo recordings as WIFE, which also reveal his longstanding interest in electronic music. His first EP "Stoic" is soon to be released on left_bank, followed by material to come out on Tri Angle Records in 2013.

3. Wife is the brainchild of Regina, Saskatchewan, Canada based person Joel Blechinger. Wife is the result of a 3 day intensive-retreat-trip Joel took to his cabin, lugging with him as many instruments as he could find and competently (or in most cases incompetently) play. The results of those fruitful sessions comprise the majority of the Home Taping Is Killing Music EP which will soon be available for free download as an .rar.

4. Featuring Nick Steinhardt (Touche Amore) and Andrew Thomas, Wife created all sounds using guitar and bass only. Debut album 'Pipe Candy' is out and limited to 250 pieces. Can be purchased via Deathwish :