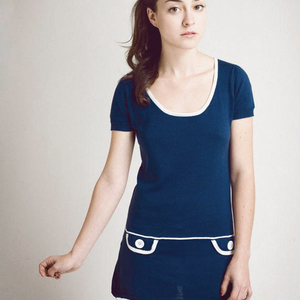 Lourdes Hern?ndez is a singer-songwriter based in Madrid, Spain. The moniker for Lourdes comes from a lipstick color she frequently uses. Her beautifully crafted, minimal songs beam delicate folk harmonies and lustrous vocals. The band was originally formed in 2007, by Lourdes and Brian Hunt, with whom she had previously recorded some songs, and who helped her record her first album. However, before it was released, they split up.

I Love Your Glasses