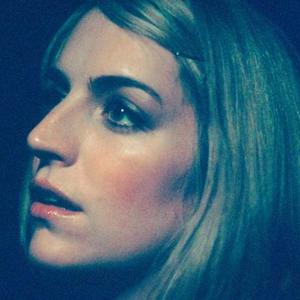 Sally Seltmann is an award-winning songwriter and singer based in Melbourne, Australia. She has previously released albums and performed under the name 'New Buffalo', and is well known as the co-writer of the song '1234', performed by Feist. Sally now returns with Harmony to My Heartbeat, the first single from her new album, due for release in early 2010. Previous recordings by Sally as New Buffalo include her debut EP 'About Last Night', which was released in Australia (through Modular) and the UK (through Heavenly).

Previous recordings by Sally as New Buffalo include her debut EP 'About Last Night', which was released in Australia (through Modular) and the UK (through Heavenly).

Following her debut EP, Sally wrote, arranged and produced her first New Buffalo album 'The Last Beautiful Day'. The album features performances from Beth Orton, and the Dirty Three's Jim White, who plays drums on three tracks on the album.

In 2007 Sally released her stunning second New Buffalo album 'Somewhere, anywhere'. She wrote and recorded the songs on a century-old piano, in the studio she set up inside a flower-flanked shed in her own backyard. The album features guest vocals from her husband Darren Seltmann (The Avalanches) and Kellie Sutherland (Architecture in Helsinki).

As New Buffalo, Sally has toured in the UK, USA, Canada and Australia, performing her own shows, as well as supporting artists including Cat Power, The Concretes, Broken Social Scene, Bright Eyes, Stars, and Feist.