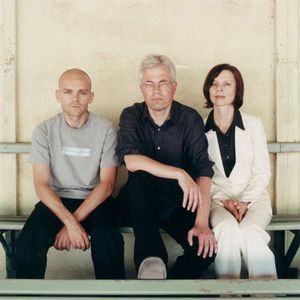 Donna Regina appeared on the German avant-pop scene in the beginning of the 1990s. The band consists of Regina Janssen on vocals, Gunter Janssen on guitars and Steffen Irlinger, the author of electronic sounds and samples, who joined the band while they were working on the music for the album "A Quiet Week in the House." Their music is best described as a puzzling mixture of warm, analogue songs with a hint of ethereal indie rock.

Donna Regina's debut "Lazing Away" was released in 1992 and became especially popular in Japan, where one of the songs was used in an advertisement for Nissan and all the following singles were included on the playlists of most commercial radio stations.

A Quiet Week In The House