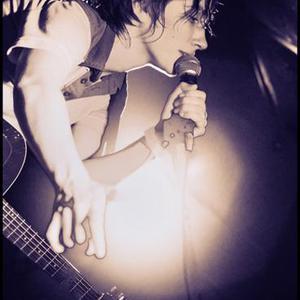 Melanie Valera (born in 1977 in South West France) is an autodidact performing artist and a indie pop music maker residing in Portland, Oregon, USA. She left her native ground for an incredible transatlantic adventure from where she will never return. A laptop, a long mic cord and almost too much enthusiasm was all it took. 3 successful opuses (K RECORDS) and 800 international shows later, she has worked on multimedia projects, including collaborations with film maker Ted Passon, Multimedia artist Nick Lally and producer Christopher Doulgeris.

She has shared the stage with Cocorosie, Men, Deerhoof, The Blow, Calvin Johnson, Mirah and Electrelane. Her first album The Soft and the Hardcore was released in 2005. Most recently, she performed at the TBA FESTIVAL 2010 in Portland-OR, the Whitney Museum in New York City and La Cit? Internationale in Paris. She has composed scores for multiple shorts, video games and advertisement. Melanie Valera's multimedia pop projects explore and challenge spaces, overlap realities, tell you stories, span nationalities and leaps forward towards a world where we can close the gaps between countries, ideologies and ultimately hearts. She is currently recording a 4th album and has just received the RAAC Grant to complete a collaborative project called ?MAZED? with Peter Burr. In 2008, she was granted a 3 year artist visa (O1). She is now in the process of renewing this visa but is seeking financial aid from her fans, all over the world.

Where Are We From (EP)

The Soft And The Hardcore