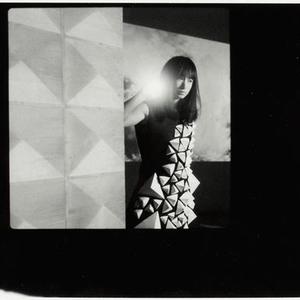 Lali Puna are from Weilheim, Bavaria, Germany. The band was brought to life in early 1998 by Valerie Trebeljahr who sings and plays keyboards. Having a lot of time on her hands after her all-girl-band l.b.page had split up, she used the four-track-recorder as a kind of band replacement. Then came Markus Acher, relaxing from his The Notwist and Tied & Tickled Trio duties (and from living in a house with Mr. Morr) and thus he became Lali Puna's second member.

After some of those early four-track-recordings were released on the beautiful Snooze- 7-inch-ep on Hausmusik, it became clear that this music should also be played on stage. And so drummer Christoph Brandner (Tied & Tickled Trio, Console) and keyboarder Florian Zimmer (Iso 68, Fred Is Dead) completed the band's second incarnation.

The band worked with Tim Simenon aka Bomb The Bass resulting in the release of the Clear Cut-EP on Morr Music. Lali Puna did some remix work with Two Lone Swordsmen and Lowfish as well. Being the great live act they are, Lali Puna played in places as distant as Bratislava, San Francisco, Moscow, St. Petersburg and Barcelona's Sonar festival. Most of 2001 was spent working on their second album, which finally appeared as Scary World Theory in September of that same year. Artistically as well as commercially, this album was even more successful than its predecessor. They also released a remix-7-inch for Morr Music's ?a number of small things?-label and they have been touring Germany and Europe extensively at the end of 2001. In the fall of 2002 Lali Puna went on their first US-tour and shared a van with Morr Music label mates and friends Styrofoam and Opiate.

A few months later Florian Zimmer left Lali Puna in order to focus on his main project Iso68. The new keyboarder is named Christian Hei?. In the summer of 2003, Lali Puna released their Left Handed-EP on Morr Music, which displayed a significant musical progression as Lali Puna started using electric, distorted guitars which could not be heard on earlier releases. This helped shaping a yet more diverse and dynamic sound without neglecting Lali Puna's past regarding their fragile and beautiful electronic compositions. All the way through 2003 Valerie Trebeljahr and Markus Acher have been busy writing new material for their third full-length album, which was recorded at the Uphon Studios and eventually has been mastered at famous Abbey Road Studios in London in December 2003. Faking The Books, as it is called, will be released in April 2004 on Morr Music, followed by an extensive European tour. Plans for the future include a remix 12-inch featuring some of Lali Puna's most favourite artists as well as their second North America tour in fall 2004.

The story of Lali Puna is inextricably linked to that of the Morr Music label itself. The band's classic Tridecoder album was the second ever release on the imprint back in 1999 and set a new template for electronic rock music that's remained in place ever since. In parallel, Morr and Lali Puna have evolved from humble, experimental beginnings before eventually coming to represent the vanguard of modern pop.

Fronted by singer and keyboard player Valerie Trebeljahr, Lali Puna's line-up is completed by drummer Christoph Brandner (also of Tied & Tickled Trio), keyboard player Christian Hei? and Markus Acher - an artist already highly regarded for his work as part of The Notwist. Over a decade of recording together this band have continued to grow in strength, confidence and studio expertise, cuing up a triumphant return to full operational capability on Our Inventions. The album's title was in place early on, helping inspire the sonic template for what's surely Lali Puna's most sophisticated and emphatically electronic collection of work to date. More than ever these songs place the group at the cutting edge of their art, facing up to the onset of an abstract, digitised future whilst retaining a timeless sense of musical ingenuity and endeavour.

It took fellow Weilheim luminaries The Notwist until their sixth album to finally reach worldwide recognition, breaking through with 2002's Neon Golden. Now, with Our Inventions, Lali Puna seem poised to crossover in a similarly incendiary fashion. In an age when the very notion of an album seems like an outmoded conceit, Lali Puna are a band that both demand and amply reward the investment of their audience over a full-length narrative. Our Inventions is a defiantly complete listening experience - one that exudes craftsmanship and captures the band at the peak of their powers as songwriters.