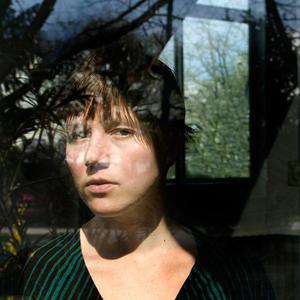 Masha Qrella is a founding member of two Berlin-based bands, Mina and Contriva, who caused a stir beyond their city (and country) limits between 1997 and 2002. Both bands boast two albums, a slew of singles, countless of compilation contributions and several European tours with Stereolab, The Notwist, Calexico, Die Sterne, Stereo Total and Blumfeld. In 2002, Gudrun Gut's label Monika-Enterprise released Masha's first solo album, "Luck", followed by a string of European concerts, a tour with Calexico and collaborations with a. o. Rechenzentrum, ISO68, Kissogramm and Knarf Rell?m.

Together with Mina guitarist Norman Nitzsche, Masha went on to build her own studio, "Villa Qrella", a popular haunt of Berlin's finest, among them The Whitest Boy Alive, Jim Avignon vs. Neoangin, Frank Spilker or Die T?ren. Never one to rest on her laurels, she also composed a number of soundtracks (e. g. for the German feature film "Kleinruppin Forever"), released a range of remixes and sampler contributions and created yet another outlet for her musical musings with NMFarner (two albums in 2005 and 2006).
In 2005, Masha Qrella's second solo album, "Unsolved Remained", appeared on Morr Music. Around the same time, she started to perform with a full line-up, taking her new band across Europe and the United States. On her return, Contriva emerged from their lengthy hiatus to record another studio album.
Two years later, in 2007, the Berlin-based "House of World Cultures" commissioned Masha Qrella to interpret several New York Broadway songs by Kurt Weill and Frederick Loewe ? a project that took on a life of its own. Inspired by the material, she decided to record these songs with her own band. The result of this collaboration, "Speak Low" (2009), is now available on Morr Music.
Inspired and inspirational, Masha already has her next projects in sight. Keep your eyes peeled for an upcoming solo album and a collaborative project between her band Contriva and American experimentalists Chessie.