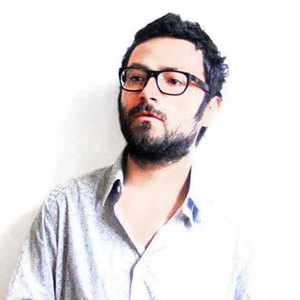 If you come across a Teenager or early Teen who is into HipHop nowadays, it's almost a surprise if they don't understand the genre as the ultimate and dodgy mainstream between Bling-Bling and Crunk, but appreciate HipHop's golden era starting in the late 80s instead, spilling into the BackPacker craze of the 00's. With his debut album ?Quipo?, Italian producer Populous already showed that he drew his very own conclusions from the jazzed-up beats and positive vibes of the Native-Tongues movement around A Tribe Called Quest and De La Soul.

Whereas ?Quipo? still displayed a mildly bulky attraction influenced by abstract electronica, ?Queue For Love? now has a much more homogeneous atmosphere and a warmth fed by carefully selected samples from Soul-, Jazz- and Soundtrack records from the late 60s and early 70s. Unlike the aesthetics of recent, dominating approaches to HipHop, ?Queue For Love? is a triumph of the DIY ethos. After all, Andrea Mangia is just a kid with a computer and an incorruptible taste. ?Queue For Love? isn't pure sampledelia, though.

A lot of the guitars, e-bows and glockenspiels on this album have been recorded in the bath room of Populous' tiny student apartment. This is where singer Matilde of Italian band Studio Davoli even recorded her gorgeous vocals for ?Bunco? and ?Clap Like Breeze?, turning the music into an amalgam of Broadcast, The Cocteau Twins and a crazy-in-love DJ Shadow. On ?My Winter Vacation? Dose One of cLOUDDEAD fame does what only he can do: Twanging his stream of consciousness into the world with his matchless flow. Furthermore, Jukka and Luca from Italian Indie heroes giardini di miro have helped to realize a few tracks to a huge extent and thus have had their share in
making ?Queue For Love? as enjoyable as possible. This album is smooth and balanced and HipHop at heart, reaching out to Songwriting, Ambient, Folk and Film scores. All of this is delicately held together by a remarkable concept of ?Soul? and obviously: ?Love?.