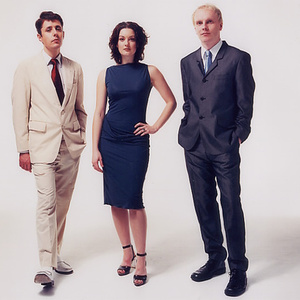 Black Box Recorder are an indie pop/trip-hop group from London, England consisting of Sarah Nixey (vocals), Luke Haines (guitar, vocals) and John Moore (guitar, vocals). They debuted in 1998 with England Made Me, a collection of lyrically sophisticated pop tunes. They followed this up with The Facts of Life, which gave them their first hit with the single of the same name in April 2000. Their third album, Passionoia, was released in 2003. There is also a compilation album, The Worst of Black Box Recorder, a collections of B-sides, cover versions and remixes.

Musically, the group are influenced by trip-hop, ambient music, and French electronic groups such as Air. However the lyrics to these lush and romantic melodies are frequently bleak, ironic or sarcastic: obvious influences are Ray Davies, Morrissey and Pulp. The video for single "The Art of Driving" depicted the band as crash test dummies, and one photo shoot from around that time portrayed them as survivors of a destructive car crash.

Black Box Recorder are Sarah Nixey, Luke Haines (of The Auteurs) and John Moore (formerly of the Jesus And Mary Chain).Though the band are not currently active, they have not officially split.

John Moore and Sarah Nixey married in 2001, have one child together and despite rumours are NOT still married today.

Luke Haines has released numerous solo albums to critical aclaim. Among these The Oliver Twist Manifesto (2001), Christie Malry's Own Double Entry (2001), the compilation of Auteurs/solo work, Das Capital (2003) and Off My Rocker At The Art School Bop (2006).
He toured the UK and Ireland during November 2006, with John Moore guesting on bowed-saw at some gigs.
John Moore has released many solo albums, in particular, 2005's Half Awake, and in 2008 Floral Tributes.

It has also been confirmed that the band will record a new album in 2009.

The Facts Of Life