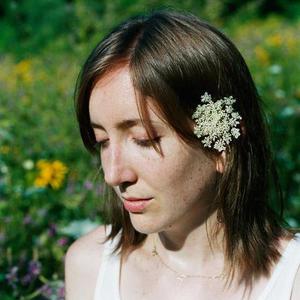 You may not know Marla Hansen by name, but there's a good chance you've at least heard-- if not seen-- the talented young lady. As an unassuming but in-demand violist, she's lent her string-pulling skills to the likes of Kanye West (even appearing with the MC on "Saturday Night Live") and Jay-Z (as part of an orchestra that backed Mr. Carter when he did Reasonable Doubt at Radio City Music Hall in June of 2006).

Hansen's also dabbled extensively with non-chart-topping music-makers, including the New Pornographers (playing on Challengers), the National (singing on Boxer), and Oneida (playing on The Wedding). And she rolls with a fine crew, including Sufjan Stevens, Shara Worden (My Brightest Diamond), and Rob Moose (of Antony's Johnsons and MBD), all of whom guest on the gal's debut musical offering, an EP entitled Wedding Day.