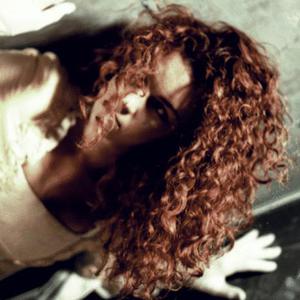 Influenced by the urban chaos that makes New York what it is, Jessica Vale's rock noir inflected sound captures the essence of city. "The base sound level in New York is significantly higher than anywhere else in the world, so it takes much more intense music to feel like one is making a statement," she says. And indeed, with the release of Brand New Disease (Explicit Records) on October 16, 2007, the follow-up to the artist's ground-breaking The Sex Album (which boasted the Billboard charting single "Disco Libido"), one such statement is being made.

Brand New Disease is dark, loud, lush, and emotional. Vale attributes it's sound, in part, to her unique TriBeCa studio where it was recorded. "There aren't many places left in Manhattan like the building our studio is in," says Vale. "It's a self contained sub-culture, raw and at times frightening. A mix of artists who rent, artists who squat, and crazies who wander in and sleep in the staircase. We are trying to get as much art made there as we can before it's inevitably turned into condos." This slice of New York City decay makes appearances in the album art and videos too, as well as providing a venue for her live shows and parties.

In addition to the Gotham city, Jessica Vale drew from her extensive travels for this record. Most notably, a trip to the former Yugoslavia inspired the album's gut-wrenching ballad, "Night in Sarajevo." So much so that Vale returned to shoot the music video in Sarajevo, Belgrade and Croatia's Dalmatian coast last summer.

The dichotomy of being locally grown and internationally conscious is familiar to Jessica Vale, who was born just outside of Philadelphia to a German father and an American mother and then set her sights on traveling the world. She is joined in her band by guitarist Ivan Evangelista of Zagreb, Croatia, bassist Matthew St Joseph of Connecticut and drummer Randy Schrager of New York.

Vale's vision knows no bounds, globally or creatively. A video producer as well, she has worked on projects for artists such as Zodiac Mindwarp and the Love Reaction, The Four Horsemen and Francis Dunnery. Vale envisions Brand New Disease as more than just a sonic experience. "I see music and film as very intertwined," she says "I am never just working on one or the other. The films that go with each song are just as important as the song itself."

While Vale name-checks everybody from David Lynch to Rob Zombie as kindred creative spirits, she began alone in her musical journey. Even her label, Explicit Records, was formed by Vale and Evangelista in 2005 to be a "two man army."