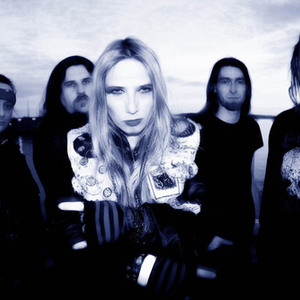 Holy Moses was officially formed in Aachen, Germany in 1980 with Jochen Funders on guitars and vocals, Ramon Bruessler on bass, and drummer Peter Vordenstein. They played their first live show in the town of Stolberg, where they began causing a significant buzz in the heavy metal community for their incredibly heavy, fast, and tight style and various other actions of the band's fanclub. However, this lineup was very short lived, and only lasted about a year, after the band played their first anniversary show by opening for Venom.

A new guitarist was soon found, in Andy Classen, formerly of the band Disaster. A vocalist named Iggy was soon found as well. Iggy was soon fired from the band due to drug problems and musical differences with the band. Andy soon came up with the idea to bring in his girlfriend at the time, Sabina Hertz for the vocals. Originally, Sabina does not want the job and singing in a very throaty and almost demonic sounding style of singing to make sure she does not get in the band. This had an inversive effect, and Ramon (the band's main songwriter at the time) was extremely pleased with the performance of Sabina, and the only permanent member of the band who has appeared on every album to this day finally joins. The band then plays their first shows with Sabina in November of 1981.

Some more lineup changes came after this (including Sabina's brother singing with the band for a few weeks after she temporarily left but then returned), and it also became more progressive and technical ability with heightened musicianship from Classen. With the lineup of Ramon on bass, Sabina on vocals, Andy on guitars, and new drummer Herbert Dreger, the band records their first album Queen of Siam. Produced by Ralph Hubert of Mekong Delta, the album stands out among its contemporaries for its extremely heavy and tight musicianship and technicality. However, the lineup does not last. Due to a lack of commitment for the band, Dreger is fired and replaced by a then nineteen year old Uli Kusch (later of Helloween) on drums. After that, Ramon, the one original member left in Holy Moses leaves the band to pursue his academic carrier. It is now fully managed by Sabina, and all songs are written by Andy and Sabina, who is married to the guitarist and becomes Sabina Classen (the name she uses to this day).

The band then recorded its next album Finished With the Dogs and received rave reviews by metal critics and music magazines the world over. The album attracted the attention of Warner Brothers Records, one of the biggest record labels in the world. In 1987, Holy Moses strikes up a deal with the label and heads on tour with Dri.

The band only got bigger from there, especially with the recording of the album The New Machine of Lichtenstein, a highly successful thrash metal concept album. Holy Moses then goes on their biggest tour yet, playing alongside Forbidden and Sacred Reich. Problems with Warner Brothers however make the band leave the label. Also around this time, Uli Kusch leaves the band. Former Living Death drummer Atomic Steif would fill in the band for a while, but would not record anything with them, due to a proposition to join the prominent German thrash metal band Sodom.

In 1992, the band recorded Reborn Dogs. However, after the album was finished recording, they disbanded. Andy, who has become a songwriter and producer, makes an album with the Holy Moses name called "No Matter What the Cause". It causes a severe problem with Andy and Sabina, who later that year get divorced. A few years later, the female vocalist forms Temple Of The Absurd, which releases two albums. However, due to several setbacks, the band breaks up after two albums. Andy and Sabina become friends again and start writing up new music. In 2001, the two reveal that Holy Moses is back.

The first album for the reunion to be recorded was 2002's Disorder Of Order. Though Andy did not actually play on the album, all the songs were written by him. The band then embarked on tour for the rest of that year and most of 2003. Andy then states that he will no longer be able to write songs for Holy Moses, as he has become too involved with producing other band's material. He then selects his friend Michael Henkel to become Holy Moses's new main songwriter. The first album that Hankel has recorded with the band was 2005's "Strength, Will, Passion".

For the first time since 2003, Holy Moses will tour Europe as opening acts for the Florida death metal band Obituary. In 2007, Atomic Steif rejoined the band as a permanent member and will play on Holy Moses's next album.

In 2008 the band did a succesful tour with Obituary and Avatar. Later that year Thomas Neitsch joined the band as permanent bass player and Olli Jaath switched to second guitar. Holy Moses has been confirmed to play in the Wacken Open Air festival in August 2008.

30Th Anniversary: In The Power Of Now CD2

30Th Anniversary: In The Power Of Now CD1

Disorder Of The Order

No Matter What's The Cause

Too Drunk To Fuck