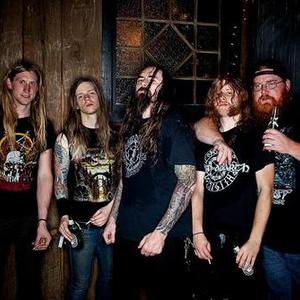 Skeletonwitch released their first album, At One with the Shadows, on August 11, 2004 with Shredded Records.

The band then released a quick fiery demo in 2004 and then released an EP Worship the Witch in 2005, both of which were self-released due to the failed Shredded Records. This lead to a lot of interest with fan and labels, with their new matured style.

After being signed to Prosthetic, Skeletonwitch released Beyond The Permafrost on October 2, 2007.
Skeletonwitch was featured as one of four opening acts for Danzig's 2008 Blackest of the Black tour.

At One With The Shadows