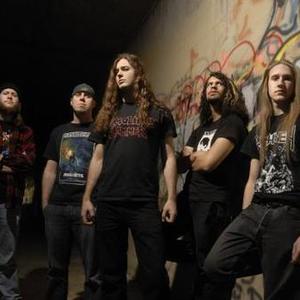 There are three artists by this name. 1) Warbringer is an American thrash metal band from Ventura, California formed in 2004. Current members consist of John Kevill as vocals, John Laux and Andrew Bennett on guitar, Andy Laux on bass, and Carlos Cruz behind the drums. They have released three full length studio albums, the latest being "Worlds Torn Asunder" in 2011. Along with their animated live performances and lyrics detailing war, violence, and death...

1) Warbringer is an American thrash metal band from Ventura, California formed in 2004. Current members consist of John Kevill as vocals, John Laux and Andrew Bennett on guitar, Andy Laux on bass, and Carlos Cruz behind the drums. They have released three full length studio albums, the latest being "Worlds Torn Asunder" in 2011. Along with their animated live performances and lyrics detailing war, violence, and death, Warbringer's aggressive sound is reminiscent of 80's era thrash metal and thus the band is commonly associated with the "thrash revival".

"With the release of 2008's War Without End, WARBRINGER established themselves as one the most ferocious young bands on the planet. With the chainsaw guitar riffs of John Laux and Adam Carroll accompanied by the evil screams of John Kevill, the band pillaged cities worldwide and established a rabid hardcore fan base after months and months of touring. WARBRINGER is set to raise the glass roof even higher in 2009 with the release of Waking into Nightmares and have already begun a massive touring campaign to scorch the rest of the globe.

Breaking though the mainstream metal underground at a time when the term 'Thrash Revival' was being coined, WARBRINGER struggled and fought to distance themselves from the flock and the rest of their peers with an extremely aggressive energetic live performance and a determination to drive the old-school sound forward into the next decade with a sense of fresh air and originality. The band continue to carve out their place in metal history with the addition of a new rhythm section (Ben Bennett and Nic Ritter) whose added progressive overtones can be heard on Waking Into Nightmares. WARBRINGER is not a tongue-in-cheek act, but a viable and deadly force looking to continue driving and perfecting the sound that so many thought had died in the early '90s.

On Waking into Nightmares, WARBRINGER was able to collaborate with true guitar hero and metal legend Gary Holt (Exodus), who produced the newest offering at Sharkbite Studios in Oakland, CA. The record was mixed and mastered by Zack Ohren (Suffocation, All Shall Perish) with cover artwork completed by the extraordinary surrealistic Dan Seagrave (Morbid Angel, Entombed, Malevolent Creation). While still new to the band, both Bennett and Ritter play a huge part in the band's redefined sound delivering a massive bass tone and very ambitious and unexpected drum work combined with the band's already lethal riff work WARBRINGER has reached a new level of complexity and brutality; leaving metal heads with even more reason to check out WARBRINGER's punishing live show.

WARBRINGER put themselves in front of every possible audience, playing to capacity crowds across the globe alongside some of metal's best (Exodus, Kreator, Soilwork, Napalm Death, Suffocation, Nile, Overkill) in support of War Without End and 2009 looks to be no different. With almost 350 shows planned for this year chances are you will be seeing much more from this band in 2009. Prepare for TOTAL WAR!"

With the release of Worlds Torn Asunder, WARBRINGER are poised to take their rightful place at the table alongside the big boys. The music on Worlds Torn Asunder was created in the studio but was borne of years of relentless touring. True road warriors, the members of WARBRINGER have lived their lives in a van together for months on end, playing an average of 300 shows a year since the release of their debut album, War Without End, in 2008. In the process they have built an organic, diehard fanbase, sharing the stage with such metal stalwarts as Exodus, Nile, Suicide Silence, Megadeth, Napalm Death, Suffocation, All Shall Perish, Hatebreed, Testament, Obituary, Overkill, Halford, Kreator and Nevermore. Worlds Torn Asunder sees the band not only maturing musically, but lyrically as well. Lead singer John Kevill touches on topics that range from the personal to the political. ?On this record I made sure no two songs share a topic, so it covers a lot of ground lyrically. I tried to tailor each lyrical theme to the musical feeling of each song.? The singer continues, ?There's a lot of different stuff on Worlds Torn Asunder - technological singularity, a return to the natural order, the Soviet Gulag prison camps, and also some good old heavy metal evil to round it out" Album opener, ?Living Weapon? discusses the plight of the modern soldier and the nature of free will, whereas ?Treacherous Tongue? is about the feeling of removing a wrong from the world, the lyrics echoing the music as it moves from anger into exultation. Once Worlds Torn Asunder hits the streets, the band will be back doing what they do best ? playing live. Their blistering attack is a sight to behold, and with three album's worth of material to choose from, the band is prepared to take the step from being a support band to becoming headliners in their own right. Peers take note, heroes check your rear-views, because that van you see coming up behind you just might be the future of metal.

Woe To The Vanquished

One By One, The Wicked Fall (EP)