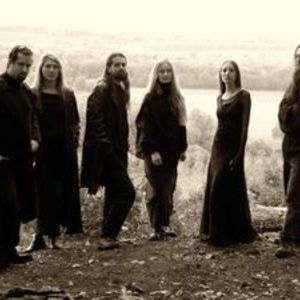 Dark Sanctuary is a neoclassical darkwave group founded in Paris, France in February 1996. Their songs can be categorized primarily as "dark atmospheric", most of them having a unique feel to them - mixtures between gothic, ethereal and ambient music, relying on classic instruments for the most part. Their first official release was a 20 minutes single track MCD, "Funeral Cry", released in 1997 and, at that time, the band only consisted in two members, Arkdae on keyboards and Marquise Ermia on vocals.

In 1998, the band wanted to increase its strength by adding new members: another keyboards player, Hylgaryss, a percussionnist/bassist, Sombre C?r and a violinist, Eliane joined Dark Sanctuary. Together, they recorded the first album, "Royaume m?lancolique" and made their first concert in September 1998 near Paris.
In November 1999, they signed with Wounded Love Records and after the second violinist Marguerite joined, they recorded their second album, "De lumi?re et d'obscurit?", which was released in November 2000. But, right after their recording sessions, Marquise Ermia left the band to carry on her studies, and a new singer, Dame Pandora, thus joined Dark Sanctuary.

Their third album, "L'?tre las - L'envers du miroir" was recorded in March 2002 and released at the beginning of 2003, few months after the release of a two-track single. This album, which has had a huge success in France and Germany, definitely established Dark Sanctuary as one of the greatest bands in this musical style.
After few concerts in France, the band returned to Germany in order to record its 4th album, "Les m?moires bless?es". This album was released in early 2004 and confirmed Dark Sanctuary's own style while providing a deeper maturity, as well as new musical horizons.
The same year, the band was on tour in Europe, including a memorable date at the Wave Gothik Treffen, in the majestic Leipzig's theatre.

Then the year 2005 began with a major event, their first compilation, "Thoughts: 9 Years in the Sanctuary" was released on the US label Projekt; it summarizes no less than 9 years of career.
The other event of the beginning of this year is Dark Sanctuary's appearance in the tribute to Dead Can Dance, "Summoning of the Muse: A Tribute to Dead Can Dance", also released on Projekt.

As of 2009, they will be on an indefinite hiatus. They have finished recording, and shall be releasing, a collaborative effort with Victoria Franc?s titled "Dark Sanctuary".