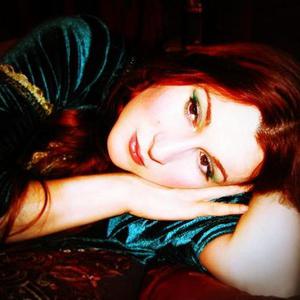 Autumn Tears is a USA neoclassical band formed September 1995 by Erika T. Swinnich (vocals, musical arrangements) and Ted Tringo (keyboards and piano, musical arrangements, vocals). After an intensive period of song writing and rehearsing, they entered West Sound Studios to commit to tape the works they had created. In April of 1996, their first CD, "Love Poems for Dying Children, Act I" was released through Dark Symphonies, their own record label. The music of "Love Poems..." consisted of symphonic arrangements designed to evoke intense emotions of sadness and loneliness in the listener.

Erika left Autumn Tears after "Act II's" release to pursue writing her novel. New vocalist Jennifer LeeAnna was recruited due to her extensive experience and tremendous talent. The first release of "Act I" was originally supposed to be limited to 2000 copies and sold out quickly, but due to an overwhelming amount of requests it was re-released with a new layout and artwork in 1998. All tracks were remixed and remastered. As a bonus, an additional and exclusive track titled "The Intermission," was also included on the repress, in which Jennifer LeeAnna made her debut appearance.

In December 1999, Erika rejoined Autumn Tears as a full-time member.

In July of 1999, Autumn Tears released a mini-CD titled "Absolution."

In June of 2000, The band finished their third full length album and most epic release so far, "Love Poems for Dying Children, Act III: Winter and the Broken Angel."

In 2004, after four years of silence, the band recorded the album "Eclipse", which is described in Autumn Tears' official homepage as "the most epic, conceptual, and fullest neoclassical piece of music they have ever offered. Lush strings, acoustic guitars, and woodwinds accompany soaring orchestral soundscapes, painting the backdrop for a staggering array of vocal performances that range from operatic and classical solos to Baltic choral passages and duets."

2007: After a decade evolving, the band has finally shed its shell of neoclassical, darkwave and gothic sound, in place of a more traditional classical and chamber music style. Drawing influences from such masters as Bach, Brahms, Hayden, Mahler and a host of others, Autumn Tears boasts rich and diverse musical arrangements based on music theory. In place of the usual keyboards and samples, "The Hallowing" employs fully live, authentic classical instrumentation including a live string section, woodwinds, oboe, french horn and haunting, operatic vocals. The album was originally limited to 1000 copies, but due to very high demand, it sold out within three weeks, and was soon re-released with an improved layout.

Immediately after the release of "The Hallowing", the project has been put on hold.

Colors Hidden Within The Gray

The Origin Of Sleep