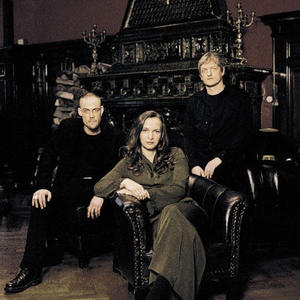 Qntal is an "electro-medieval" band from Germany founded in 1991 by Michael Popp, Ernst Horn. They later added vocalist Syrah (aka Sigrid Hausen) to complete the band. It has roots in Estampie, a band of similar genre but different style; Michael Popp and Syrah are the principal members. Ernst Horn left the group in 1999, to concentrate on his other band, Deine Lakaien. He later formed Helium Vola in 2001. Philipp Groth then joined Qntal.

The band's lyrics are primarily drawn from historical sources. Throughout their first three albums, lyrics were primarily in Latin, medieval German, and a few other European tongues. On 'Qntal IV', the band added a few songs in English to their body of work.

Qntal's debut US concert took place in September of 2004 at Dracula's Ball in Philadelphia.

"Qntal" is a made-up word that appeared in one of Syrah's dreams. Its pronunciation varies among different sources.

Purpurea. The Best Of Qntal CD2

Purpurea. The Best Of Qntal CD1