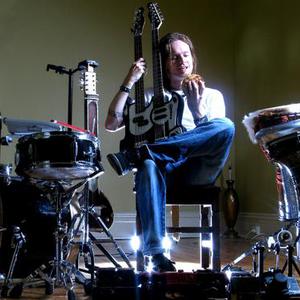 Claude's solo act features his right foot on drums and percussion, his left foot on live looping and conducting and his hands on bass guitar, acoustic guitar and doumbek. Not to mention his vocal as the lead singer and backup. From a recent interview, Claude describes it as "a one-man band thing with a baritone guitar, percussion sounds and a shitload of effects - and it's all played live and possibly sounds somewhere in between P-Funk and Xavier Rudd.

Having played on notable festivals in Sydney such as Newtown and Surry Hills, being nominated as one of the hottest acts in 2001 (Australian Music Week Awards) and played with bands such as The Beautiful Girls. Skunkhour, Mick Hart, iOTA & Dallas Crane with the Claude Hay Band, Claude has now launched into his solo career with his rootsy/groove rock show that is more like a band than one man.

Live At The Clarendon

I Love Hate You