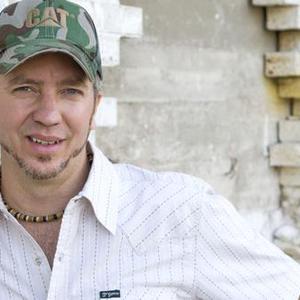 ?Just tell the story?there's nothing else to do,? JJ Grey recently told Relix magazine. Grey's ability to tell his thought-provoking stories through original songs, informed by a mixture of old school rhythm & blues and down-home roots rock ?n' roll, has carried JJ Grey & Mofro from the backwoods of Florida to hundreds of concert stages across the U.S., Canada, Europe, Japan and Australia. Singing with a passion and fervor directly influenced by his classic soul heroes, Grey's deeply personal songs are steeped in the rhythms of his native home outside of Jacksonville, Florida. Grey comes from a long tradition of southern storytellers and, in that spirit, he fills his songs with details that are at once vivid, personal and universal.

Brighter Days is Grey's first-ever live DVD/CD. The two-disc set includes a full-length movie and a long-awaited live album. Directed by filmmaker/musician Spookie Daly (whose work has been aired on MTV Networks, Much Music and Fuse), the film intersperses riveting concert footage with the stunning beauty of Grey's north Florida home, the inspiration for so much of his music. The film also follows Grey and company into the studio and features band interviews along with insightful commentary from Grey and others, recalling the format of classic ?rockumentaries.? The accompanying CD captures almost eighty minutes of crowd favorites taken from the night's performances.

Shot on January 22, 2011 at the Variety Playhouse in Atlanta, Georgia in stunning HD and boasting 5.1 surround sound, Brighter Days finds JJ (vocals, guitar and harmonica) and his band ? Andrew Trube on lap steel and electric guitar, Anthony Farrell on organ and piano, Art Edmaiston on saxophone, Dennis Marion on trumpet, Todd Smallie on bass and Anthony Cole on drums ? giving everything they have. Singing and telling stories with preacher-like conviction, JJ breaks down the wall between the audience and the performer. ?I've always felt that music opens the door,? says Grey, ?but we've all got to walk through it together.?

The idea for a film was born several years back when Spookie Daly came to Florida from his native Boston to film JJ at his backwoods home. ?For years people have been saying to me, ?You should do a documentary on where you're from and show that connection to the music,'? states Grey, ?and then others have been saying, ?Y'all should make a concert DVD.' Meanwhile, every time I turned around someone would say, ?Y'all need to do a live album.' So I thought, ?Let's do them all!' That's when I called Spook,? says JJ.

Spookie and JJ originally met in a Salt Lake City hotel parking lot while both were on tour. ?We pulled up to a Travelodge hotel and I hear someone yelling, ?Hey!' It was Spookie. He recognized our 15-passenger van as belonging to a fellow road band and we realized we were on the same bill that night. We've been hanging ever since.? Their friendship eventually led to Spookie being called in to direct the first JJ Grey video for the single Orange Blossoms. The two teamed up again for the virally popular video for On Fire, set in a miniaturized strip club populated by dolls. ?We built the set in my house and played with dolls for four days. I had a lot of explaining to do when people came by and saw two grown men playing with scantily clad dolls,? laughs Grey.

Both as a film and a live concert CD, Brighter Days perfectly captures Grey's power as a performer and writer, as well as the talent of his heavy-hitting band Mofro. As old fans know well and new ones keep discovering, a JJ Grey & Mofro show is a musical celebration shared between Grey and his audience, with each driving the other to greater heights. With Brighter Days and an overflowing tour schedule, the bond between Grey and his fans grows deeper and JJ Grey's future looks brighter with each passing day.

Born into a family with generations-old roots in rural Florida, JJ Grey was raised with a combination of backwoods wisdom and old-school blue-collar values. He heard music at barbeques and in local juke joints, all the while developing a deep love and respect for the land and its culture. Grey's original songs are inspired by legendary musicians, including Southern rockers Lynyrd Skynyrd, soul greats Otis Redding and Toots Hibbert, country stars George Jones and Jerry Reed, as well as by Grand Ole Opry comedian Jerry Clower. Whether it is a narrative passed down to him from his grandmother or the tribulations of a childhood friend, Grey's ear for detail rings through in true storyteller fashion.

Debuting in 2001 with Blackwater, following up in 2004 with Lochloosa (both albums reissued by Alligator), Grey steadily built an intensely loyal following. In 2007 Grey released his Alligator debut, Country Ghetto, followed by 2008's Orange Blossoms, further growing his already large audience. With the release of 2010's Georgia Warhorse, Grey stepped further into the mainstream with the AAA radio breakout single The Sweetest Thing.

Grey, an avid outdoorsman, is a dedicated fisherman and surfer who holds an honorary position on the board of the Snook Foundation, dedicated to the protection of coastal fish and fish habitat. He has written passionately and articulately about his love for the untrammeled environment of his north Florida home.

After over a decade of hard touring and five studio albums, Grey still spends eight months of the year on the road, bringing his music to his loyal, ever-growing, worldwide fan base, laying it all on the line with each and every performance. JJ has played countless festivals, including Bonnaroo, Wakarusa, Austin City Limits Festival, Byron Bay Blues Festival (Australia), Montreal Jazz Festival and Fuji Rock (Japan). Over the course of his career, Grey has shared stages with the likes of B.B. King, The Allman Brothers Band, The Black Crowes, Los Lobos, Jeff Beck, Ben Harper, Lenny Kravitz, Booker T. Jones, Mavis Staples and many others. In 2011 the band invaded the UK, leaving blissful fans and overwhelming praise in their wake. Also in 2011, Grey embarked on his first-ever solo tour, playing packed-to-capacity clubs, getting more personal and up close with his audience.

Grey's songs have appeared in film and network and cable television programs including House, Flashpoint, Crash, Friday Night Lights, The Glades, The Deadliest Catch and the film The Hoot. In November 2009, JJ wrote his first film score for the critically acclaimed, Emmy Award-winning documentary The Good Soldier that appeared in theatres and on Bill Moyers Journal on PBS. In 2010, Grey played piano, sang and contributed a song (The Wrong Side) to Buckwheat Zydeco's Grammy-winning Alligator album Lay Your Burden Down.