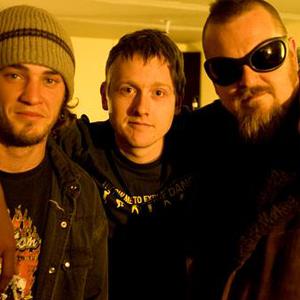 Since forming in 2006, Chase The Sun have gone hard and got a lot done in a short time. The band recently won the Australian Blues Award for Best Group and are establishing themselves as a must-see live act through constant touring nationally.
?You Gotta Go?, the lead track of their self-titled debut album is gaining momentum on airwaves around the country and also picked up an Australian Blues Award,winning the Title of "Best Song"

Jan (rhymes with Yarn) Rynsaardt, whose indisputable talent has earned him a reputation among the Sydney blues fraternity, has been strumming strings since the age of 7 and was into the heavy guitar sounds of AC/DC and Metallica since the first grade.

?I was playing all sorts of stuff through school but when I heard Joe Satriani, that's when I knew I wanted to be a guitar player? recalls Rynsaardt of his 20-year focus.

Satriani lead to Hendrix and Stevie Ray Vaughn who took Rynsaardt back to the blues. ?Stevie-Ray pushed me in an early direction: back to the blues masters like BB King, Muddy Waters and Johnny Winter?
In 2003 Jan formed his own band Rynsaardt later known as Freeway bringing his hard-rock blues approach to Sydney audiences. Freeway toured right around Australia and shared stages with some of the biggest names in the blues and roots scene, including Jeff Lang, Ian Moss and John Butler.
However it was a US tour in mid 2006, taking in LA, Denver, across the North West to Pennsylvania and New York City, that yielded major highlights as Rynsaardt experienced his heroes up close.

?At the Playing With Fire festival in Omaha, Nebraska we got to share the bill with Johnny Winter and guys like Walter Trout who's another huge name in the blues guitar world?.
In Chase The Sun, Jan is joined by Ryan Van Gennip who has held down bass duties for Diana Anaid, Charlton hill, Sandrine and iota and drummer Jon ?Howler? Howell, a solid multi genre player who rose to prominence with Leonardo's Bride and has been in high demand since.

The trio met after an acoustic jam session in Sydney's west and their chemistry was phenomenal. Clicking into action immediately, Chase The Sun were in a studio in Sydney's Blue Mountains to record an album within days of meeting.

Chase The Sun's self-titled debut album shows off the unapologetic roots core of Rynsaardt's writing and delivery; acoustic and dobro guitars plus brushes stand in for the Marshalls of his previous rock tour-de-force. Chase The Sun, the album was produced by Ryan Van Gennip, mixed by David Skeet at Space Junk and was released in October 2007.

Both sides of the beast ? soft and loud; sensitive and fiery - get an airing during the band's ridiculously well received live set, coming to east coast venues throughout 2008.

"Sometimes a trio comes along and impresses with their sheer power, dexterity and originality...This is the sort of band you can put anywhere, from beer barn to amphitheatre, and they will win people over...Chase The Sun have put their own stamp on the blues and roots genre and, quite simply, there isn't a weak moment on their debut release"