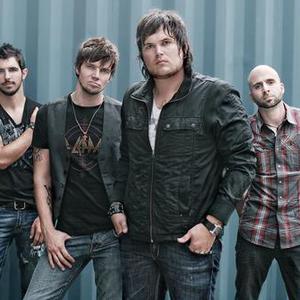 Seventh Time Down brings a raw, uninhibited face to the revered genre of Rock music. Their innovative sound, spawned from the elements of their influences, Lynyrd Skynrd, Bon Jovi, The Outlaws and the Beatles, along with Switchfoot, U2, Coldplay and myriad of other legends, has propelled these four southern boys to be anything but unnoticed. With an unerring instinct in their lyrics, the aim of Seventh Time Down is to have the music filter into the innermost parts of you.

Lead singer and guitarist, Mikey Howard, who also writes many of the lyrics, says ?When it gets right down to it, I've just tried to be who I am. I can't be anybody but me. Nothing hidden, we're an ?on the surface? band and that comes out in our lyrics.? Four different individuals who boast, friends to the end, Austin Miller on drums, Cliff Williams, bass and Eric VanZant, lead guitar, bring a melding of harmony, rock and a unique essence of soul searching to the stage and to their writing. Hailing from Kentucky, Seventh Time Down has managed to create a sound that draws from their southern rock roots, but also manages to infuse that gritty American sound with radio-friendly pop hooks and brit-rock-influenced anthems. This combination gives their music its own distinctively unique voice that will never be confused with anything else.

God Is On The Move