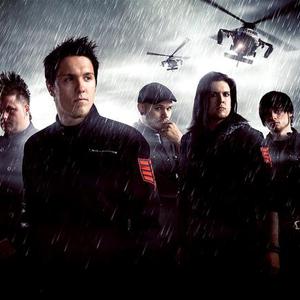 Nine Lashes began as a desire for change. Brought together under one Name, their hearts break for this dying world. With a strong will and an "iron sound", they are determined to bring a message of hope to the hopeless, of love to the lonely, and purpose to the lost.The name Nine Lashes comes from the term "Cat of Nine Tails" an instrument commonly thought to have been used on Christ before his crucifiction.

he band consists of five members Jeremy Dunn (Vocals),Adam Jefferson (Guitar),Jon Jefferson,(Guitar), Jared Lankford (Bass Guitar), and Noah Terrell ( Drums). In September of 2008 Nine Lashes worked tirelessly on their debute Album "Escape" with renowned producer Travis Wyrick. To Quote Nick Moscatello(Tune Labs)" From the concussive sounds of "Word of Advice", to the animated,lively sequences of "Words of Red" to the expressive, passionate melodies of "Goodbye" this album will not soon be forgotten. From its early infancy Nine Lashes pushed their recording to local radio stations and immediately received a positive response,earning the band shows along side Pillar, Thousand foot Krutch, Red,Kutless,and Day of fire to name a few." With momentum at their backs and an unquenchable fire of passion Nine lashes will soon be impacting the live of thousands.

From Water to War