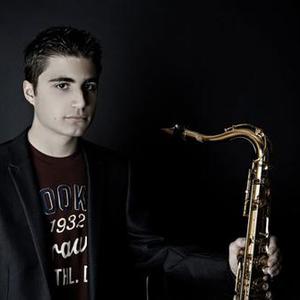 Back in January 2011 Smooth Jazz Journalist of The Year nominee, Denis Poole, commented that 'North End Soul' from multi instrumentalist, writer and producer Vincent Ingala was, by any standards, an outstanding piece of work. In fact, it proved to be spectacular debut and set the scene for what evolved into a truly remarkable year. In San Diego, at what became known as 'The Lemonade Weekend', Ingala owned the stage at Anthology and later jammed with Peter White at the Hard Rock Hotel.

Twelve months later, his ever growing fan-base is about to be rewarded with Vincent's next project, 'Can't Stop Now', which is scheduled for release summer 2012. With seven original compositions, two spellbinding covers and guest performances from Jonathan Fritzen and Gregg Karukas, 'Can't Stop Now' is a measure of just how far Ingala has come and a tribute to the focus and dedication he has for his music.

Indeed, 'Can't Stop Now' bears testimony to the way Vincent pursues his musical goals with determination and zeal. Not only did he write and co-write seven of the tracks, he also played every instrument and, if that wasn't enough, produced and programmed the album throughout.

This all seems a far cry from the time when, aged four, his parents bought him a drum set. Later he was given his first guitar and after only nine months of lessons in third grade, was strumming Elvis tunes that he had perfected by ear. Both friends and family quickly sensed that there was something special going on and this was confirmed when in fifth grade he mastered the keyboard before trading it in for the saxophone. Finally Vincent had found the sound for which he had been searching, he was hooked and the rest, as they say, is history in the making.

Along with academic and music accolades, awards, and scholarships, Vincent is coming off an exhilarating 2 years of show stopping appearances, including performing with jazz icons Dave Koz and Peter White. Ingala has opened in the past for Kim Waters, Jonathan Butler, and Chris Botti. Criss-crossing the nation, he recently made his debut at Spaghettini's Grill & Jazz Club, was featured on the Dave Koz Alaskan cruise in 2011 and will be on board for Koz's 2013 Mediterranean.

Vincent cites Sam Butera, Richard Elliott and Wilton Felder as being among his major influences and one of Vincent's prouder moments came when, at age 16, he was asked to open for smooth jazz superstar Dave Koz. For Vincent, family is a core value. He enjoys nothing more than spending time with his parents and their large, extended Italian family.

Since May 2011, Vincent has become an ever-increasing presence on the smooth jazz circuit. With more dates in support of 'Can't Stop Now' already planned, there has never been a better time to experience the magic of Vincent Ingala.

Echoes Of The Heart