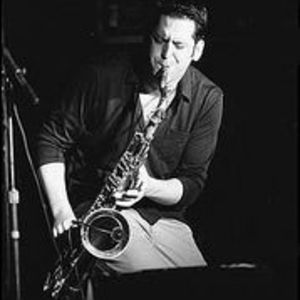 A native of Chicago, Illinois, saxophonist Steve Cole studied music at Northwestern University, and business at the University of Chicago. Initially classically trained, Steve had the honor of performing as soloist with the Chicago Symphony Orchestra at the age of 18. Despite his success in the classical realm, Cole opted to focus on his true musical loves, Jazz, Pop and R&B. Steve began gigging frequently on the local Chicago music scene as a session player...

Cole's solo career began in earnest after his first solo album, 1998's "Stay Awhile", turned out to be a smooth jazz sensation, featuring a pair of #1 NAC smashes, "When I Think Of You" and "Say It Again," as well as the top 5 hit, "Where The Night Begins." The success of this debut album culminated at the 2000 Oasis Smooth Jazz Awards where Steve was the recipient of the Prism Award for Best New Artist.

Cole followed the record's success by performing and recording frequently, both as band leader and featured guest, with such artists as Boz Scaggs, Junior Wells, Waymon Tisdale, KMFDM, Rick Braun, Peter White, and Brian Culbertson. In addition to his roadwork, Cole has also lent his special sax touch to such records as Larry Carlton's "Fingerprints", Brian Culbertson's 1999 release, "Somethin' About Love? , and Jeff Lorber's ?Kickin' It.?

The release of Cole's second album, "Between Us," quickly posted two #1 Hits with ?Got It Goin' On" & "From The Start". On his critically acclaimed Third album "NY LA," Steve reached the top of the charts with "Off Broadway," and his rendition of the TLC classic "Waterfalls" earned rave reviews in Billboard Magazine.

Steve's newest album, "TRUE" is Steve Cole's funkiest album yet, with plenty of R&B, soul, and jazz influences. Cole effortlessly bridges the gap between instrumental virtuosity, seamless ensemble playing, and a high-caliber creative chemistry that runs the stylistic gamut. Steve has assembled quite a group of musicians, world class and highly regarded players join Steve in what's regarded as his finest album yet.