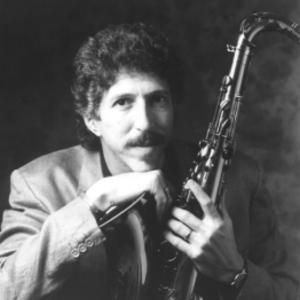 Bob Mintzer (born January 27, 1953), originally from New Rochelle, New York, is a jazz saxophonist, composer, arranger and big band leader based in Los Angeles. After graduating from the Interlochen Arts Academy in 1970, Mintzer made his mark as a soloist, mainly on the tenor saxophone and the bass clarinet. He is also proficient on flute, EWI, and other saxophones and clarinets. He is a member of the jazz rock band the Yellowjackets...

Mintzer has been nominated for thirteen Grammy Awards both for his solo work and big band recordings (Art of the Big Band, Departure, Homage to Count Basie, One Music, and Only in New York) and his work with the Yellowjackets (Blue Hats, Club Nocturne, Dreamland, Greenhouse, Like a River, Live Wires, Mint Jam, Runferyerlife, Time Squared). Homage to Count Basie won the Grammy in the best large ensemble category for the 44th Annual Grammy Awards, 2001

Before starting his own big band, Mintzer was a featured soloist and arranger with the big band of Buddy Rich. His son, Paul, graduated from Interlochen Arts Academy. His nephew, Ross, performs in the band Remington(Band).

My high school band teacher likes to say that Bob Mintzer's jazz career as a musician and composer is eclipsed only by the awesomeness that is his mustache and that Bob has been said to compose while watching TV, as his song "TV Blues" alludes to.

Art Of The Big Band