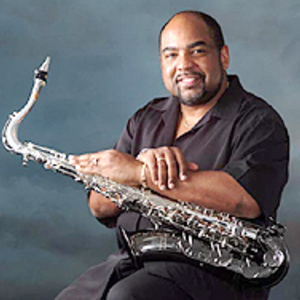 A native Californian, Gerald Albright grew up in South Central Los Angeles. After high school, he attended the University of Redlands where he received a B.S. degree in Business Management, minoring in Music. Immediately after college, Albright began to master his talent by working extensively in the studio with such artists as Patrice Rushen, Anita Baker, Lola Folana, Atlantic Starr, The Winans, Olivia Newton-John, The Temptations, and Maurice White.

Immediately after college, Albright began to master his talent by working extensively in the studio with such artists as Patrice Rushen, Anita Baker, Lola Folana, Atlantic Starr, The Winans, Olivia Newton-John, The Temptations, and Maurice White. He also toured with Les McCann, Rodney Franklin, Jeff Lorber, Teena Marie, Marlene Shaw, Debra and Eloise Laws, Quincy Jones, Whitney Houston, Phil Collins, and many others. In addition to numerous appearances at clubs and jazz festivals, Albright had also been a part of the popular Jazz Explosion tours, which saw him teaming up with contemporary jazz stars like Will Downing, Jonathan Butler, Hugh Masekela, Chaka Khan, and Rachelle Ferrell, to name a few.

Gerald Albright has also branched out as a TV Star to his already substantial resume. The saxman has appeared on numerous shows, such as ?A Different World,? ?Melrose Place,? Channels 2 and 5 ?Morning News Shows,? ?BET? jazz segments as well as piloting a show in Las Vegas with ?Designing Women? star Meshach Taylor.

Albright's contemporary and straight-ahead collections have established the Los Angeles-based musician as one of the most prominent artists. Indeed, Albright was one of the ten featured saxophonists who performed at President Clinton's inauguration. He was also featured at the Presidential Summit, as well as several private functions for the President.

Albright had sold over 1,000,000 albums in the U.S. alone. His self-produced music features him on bass guitar, keyboards, flutes, drum programming, and background vocals. Gerald has definitely earned the reputation as the ?musician's musician.?

Besides music, Albright is also a family man. He is married to his junior high school sweetheart, Glynis, and has two children, Selina and Brandon. He believes in giving back to the community. He has participated in numerous fund-raisers for the NAACP, The American Cancer Society, and The Institute for Black Parenting. As a member of Alpha Phi Alpha Fraternity, he constantly donates his talents to raise funds to promote academic excellence nationwide.

Whether he is playing contemporary or straight-ahead jazz, Albright stands in a class all by himself. He is known for his swiftness on stage, his unique round sound which is percussive yet soulful. He has the ability to surprise the audience with something out of the ordinary. Albright gives his audience what they come for - a great show!

Born in Los Angeles, Albright began piano lessons at an early age, even though he professed no great interest in the instrument. His love of music picked up considerably when he was given a saxophone that belonged to his piano teacher. It was further reinforced when he attended Locke High School, a breeding ground for many young West Coast musicians, where his peers at the time included Patrice Rushen and Ndugu.

Already a polished saxophonist by the time he enrolled at the University of Redlands, Albright suddenly switched to bass guitar after he saw Louis Johnson in concert A few months after graduating from college, Gerald joined Patrice Rushen, who was in the process of forming her own band, in which he played the saxophone. Later, when the bass player left in the middle of a tour, Albright replaced him and finished the tour on bass guitar. From then on, he often performed on both instruments.

Soon, Albright began to make a name for himself as a sideman of great insight and musicianship, playing on albums by a wide variety of artists -- including Anita Baker, Ray Parker, Lola Folana, Atlantic Starr, Olivia Newton-John, The Temptations and Maurice White. He also toured extensively with Les McCann, Rodney Franklin, Jeff Lorber, Teena Marie, The Winans, Marlena Shaw, Debra and Eloise Laws, Quincy Jones, Whitney Houston, Phil Collins, and many others.

With 9 CDs under his belt and one collaboration CD, Albright has definitely gained his place in the music world as a player, songwriter and producer.

Not So Silent Night

The Very Best Of Gerald Albright