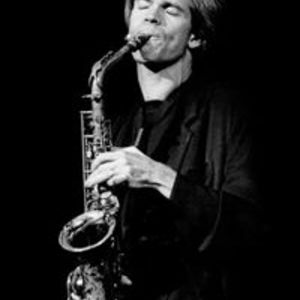 David Sanborn (born July 30, 1945) is an American saxophonist, most commonly associated with smooth jazz and pop-jazz fusion, along with a slight rock 'n' roll/r and b style. He was born in Tampa, Florida and grew up in Kirkwood, Missouri. Sanborn, who suffered from polio in his youth, has been a highly regarded session player since the mid 1970s. One of his first professional gigs was as a member of Paul Butterfield's band.

Sanborn, who suffered from polio in his youth, has been a highly regarded session player since the mid 1970s. One of his first professional gigs was as a member of Paul Butterfield's band. One of Sanborn's earliest guest recordings was on David Bowie's Young Americans. Around this time his output as a session player became prolific and over the next ten years he played with a dazzling array of artists, such as Paul Simon, James Taylor (contributing to the remake of the Marvin Gaye classic "How Sweet It Is"), The Rolling Stones, The Eagles and Stevie Wonder.

In the late 1980s he was a regular guest member of Paul Shaffer's band on Late Night with David Letterman. From 1988-89, he co-hosted a late-night TV music show on NBC with Jools Holland. The show, "Night Music", following producer Hal Willner's eclectic approach, drew Sanborn together with many famed musicians, such as Miles Davis, Lou Reed, Santana, Curtis Mayfield, and many others.

Throughout his career, Sanborn has skirted the edges of free jazz: In his youth he studied with Roscoe Mitchell and Julius Hemphill, and performed on Tim Berne's Diminutive Mysteries, dedicated to Hemphill. His 1991 album Another Hand, produced by Hal Willner, features Charlie Haden, Jack DeJohnette, Bill Frisell, Marc Ribot, and various other players not usually associated with smooth jazz.

In television, Sanborn is well-known for his sax solo in the theme song for the NBC hit drama L.A. Law. He has also dabbled in writing for film, contributing to such scores as Lethal Weapon and Scrooged.

In 2004, David Sanborn was inducted into the St. Louis Walk of Fame.

You can find photographs and additional information on David's official website, www.DavidSanborn.com.

Anything You Want The Warner-Reprise-Elektra Years 1975-1999 CD3

Anything You Want The Warner-Reprise-Elektra Years 1975-1999 CD2

Anything You Want The Warner-Reprise-Elektra Years 1975-1999 CD1

Time And The River

Then Again: The Anthology CD2

Then Again: The Anthology CD1