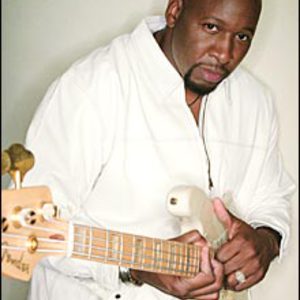 Wayman Lawrence Tisdale (June 9, 1964 - May 15, 2009) Wayman Tisdale, who last year was elected to the College Basketball Hall of Fame, died the morning of May 15th, 2009 at the age of 44. Wayman Tisdale, the former NBA player and current jazz musician, had part of his right leg amputated due to bone cancer earlier this year Tisdale first learned he had cancerous cyst below his right knee after he broke his leg in a fall at his Los Angeles home in February 2007.

Wayman Tisdale, who last year was elected to the College Basketball Hall of Fame, died the morning of May 15th, 2009 at the age of 44.

Wayman Tisdale, the former NBA player and current jazz musician, had part of his right leg amputated due to bone cancer earlier this year

Tisdale first learned he had cancerous cyst below his right knee after he broke his leg in a fall at his Los Angeles home in February 2007.

Tisdale underwent knee-replacement surgery and resumed touring with his jazz band, but deciding to endure the amputation to ensure that the cancer would not return.

Tisdale was the second pick in the 1985 NBA Draft out of Oklahoma. He averaged 15.3 points and 6.1 rebounds per game in his 12 seasons in the NBA, playing for the Indiana Pacers, Sacramento Kings and Phoenix Suns. His best season was in 1989-90 with the Kings, when he averaged 22.3 points and 7.5 rebounds a game.

In 1997, Tisdale retired from the NBA and began pursuing his jazz career. He has released eight albums, including his latest one Rebound, which came out this year.

The news about Tisdale's amputation comes as another surprise about a former NBA player this week, one day after the shocking death of former two-time All-Star Kevin Duckworth. Duckworth died during a trip to the Oregon Coast to help with a basketball clinic for the Portland Trail Blazers

If theres one thing NBA star-turned-musical giant Wayman Tisdale learned from his former career, its that theres no substitute for hard work. Emerging as one of the most consistent and admired players during his 12 years in the league segueing from the gold-winning Olympic team to stints with the Indiana Pacers, Sacramento Kings and Phoenix Suns his towering frame, exceptional strength and relentless work ethic made him one of the games most dominating power forwards. Tisdale still lives and breathes this work ethic as a musician. True to character, he is a trailblazer in the field of music with his unique use of the bass as a melodic lead instrument.

Its this single-minded drive that propels the bassist forward while crafting what he considers his most ambitious and mature CD to date, Way Up, and he hopes to take listeners way up with him. Tisdale is at the top of his musical game on Way Up, which will be released in July 2006 from Rendezvous Entertainment, the label co-founded by saxophone star Dave Koz.

On Way Up, Tisdale continues to display the musical skills that landed his first five albums in the Billboard Top Ten. His latest features 11 songs in which Tisdale showcases how he has developed as an artist during the past dozen years. I feel like I've grown up with this album, he explains. The way I matured as a basketball player is the same way I'm evolving as a musician, taking more control of this album and gaining the confidence to do this on my own. The title for the album arose while Tisdale was discussing possibilities at dinner with Dave Koz, who remarked, "This album is going to be way up", and right then they knew they had the title.

Way Up boasts collaborations with Koz, Eric Benet, George Duke, Bob James, Kirk Whalum, Jonathan Butler and Jeff Lorber, all a dream come true for Tisdale. Working with Dave again on My Son was a great experience, says Tisdale. Being such great friends, it was a high point for me to collaborate with him on this song. Tisdale is especially excited about his version of Get Down On It, which was produced by Darren Rahn, who also produced Tisdales last ..1 hit Aint No Stoppin Us Now. Sometimes remaking such classics can be a challenge, he explains, because people are so familiar with the original. But on Get Down on It we came up with a fresh approach and it has people bugging out of their heads.

Label-mates Jonathan Butler and Kirk Whalum are featured on the soulful Sundays Best. You can feel the love on this one! Our spirits are inter-twined as we play together. The three are touring this year as part of the Rendezvous All Stars. Tell It Like It TIS is a track written by and featuring funk legend George Duke. The R&B ballad Sweet Dreams features a soaring vocal from the Grammy-nominated Eric Benet. Grammy-winning jazz pianist and composer (Theme from Taxi) Bob James joins Tisdale on the playful Conversation Piece, a song co-written by Tisdale and Rahn.

Wayman Tisdale was born in Fort Worth, Texas and raised in Tulsa, Oklahoma. The son of a minister, he still embraces his Bible Belt roots which have shaped his strongly faith-based life. Tisdale first fell in love with his chosen instrument while watching the bass players in his hometown church, led by his father, the late Rev. Louis Tisdale. He recalls, I thought they were the coolest cats. They got to stand and do their thing in the back. Id watch their fingering and how they played. One day, his father bought young Wayman and his two brothers a Mickey Mouse guitar each. Although his brothers quickly turned them into paddles and baseball bats, Wayman immediately began teaching himself how to play. Its the greatest gift my dad ever gave me, he says.

A gifted athlete, Tisdale spent much of his youth on the basketball court when not making music. He played for the University of Oklahoma Sooners from 1983 to 1985 and became the first player to have his jersey, number 23, retired. All three years at Oklahoma, Tisdale was a member of the John Wooden Award All-American Team, and in 1984 he played on the U.S. Olympic team which brought home the gold. In 1986 the Indiana Pacers selected Tisdale as the No. 2 pick in the draft, behind Patrick Ewing. For the next 12 years, Tisdale left his mark on the NBA with the Pacers, Sacramento Kings and Phoenix Suns, scoring more than 12,800 points and pulling down more than 5,000 rebounds in a 12-year career.

Before he retired after the 1997 season, Tisdale had already made the transition toward a career in music. In 1995 he released his debut CD, appropriately titled Power Forward, which went to No. 4 on Billboards contemporary jazz charts and, like all of his music, crossed over into the R&B charts. His subsequent albums In the Zone, Decisions and Face to Face all landed in Billboards Top 10, with 2001s Face to Face going all the way to No. 1. Hang Time, his debut release on Rendezvous Entertainment, set a record for Tisdale staying in the Top Five longer than any of his previous releases. Tisdale has had two ..1 radio hits with Cant Hide Love and Hang Times Aint No Stoppin Us Now.

In addition to his solo career, Tisdale has played on CDs by some of the most popular musicians in contemporary jazz, including David Sanborn, Brian Culbertson, Everette Harp and the jazz supergroup Maximum Grooves. His playing garnered the attention of Jamie Foxx who in a recent issue of Rolling Stone chose Wayman to play bass in his dream band. Wayman can play, brother, and thats it, said Foxx. Tisdale also found time to develop future musical stars through his company, Tisway Productions. In 2002 he was inducted into the Oklahoma Jazz Hall of Fame with the Legacy Tribute Award. The NAACP also nominated him as Outstanding Jazz Artist for its 2004 Image Awards.

Tisdale used to move between his homes in Tulsa and Los Angeles with his wife Regina, with whom he had four children. Their Tulsa home includes a pond stocked with fish so he could indulge in his passion, fishing, while helping in the garden and horseback riding with his son. Outside of the home, Tisdale regularly took tae bo with Billy Blanks, calling it his new addiction and the best workout since playing in the NBA.

Yet fishing, tae bo and other hobbies aside, Tisdale said that his first passion was entertainment. "I was born to entertain," he said. "I just love people and I feel like entertainment goes right in line with my personality. Whether its on the stage or playing basketball, its just what I've been called to do on this earth."

The Very Best of