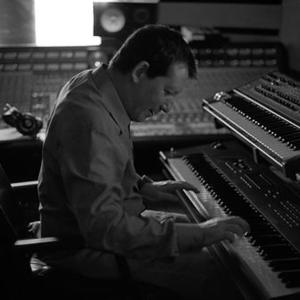 Jeff Lorber (born November 4, 1952 in Philadelphia, Pennsylvania) is an American Grammy Award-nominated keyboardist, composer, and record producer. After leading his own group, The Jeff Lorber Fusion, he went on to pioneer the smooth jazz genre in his solo career. Many of his songs were featured on The Weather Channel's "Local On The 8s" segments. Lorber started to play the piano when he was four years old and after playing in a number of R&B bands as a teen, went on to attend Berklee College of Music, where he developed his love for jazz.

Lorber started to play the piano when he was four years old and after playing in a number of R&B bands as a teen, went on to attend Berklee College of Music, where he developed his love for jazz.

In 1982, Lorber recorded his first solo album It's A Fact, which explored Lorber's R&B roots with a smoother, more synth-heavy sound. The album featured a new backing band as well as contributions from former Fusion bandmate Kenny G and legendary percussionist Paulinho Da Costa. It's A Fact also contained several songs with vocalists, a stark contrast to the instrumental recordings of the Fusion.

1984 was a prolific year for Lorber, who followed up his solo debut with In the Heat of the Night and Lift Off. Later that same year, Lorber teamed up with influential R&B production duo David Frank and Mic Murphy, otherwise known as The System, to produce his most successful effort to date, Step By Step. The synth-driven title track rose to number 31 on the R&B charts.

His subsequent albums continued to evolve in a smooth jazz direction. Two greatest hits compilations, The Definitive Collection and The Very Best of Jeff Lorber, were released in 2000 and 2002 respectively. To date, he has recorded a dozen solo albums, his most recent being 2005's Flipside which was nominated for a Grammy Award in the Best Pop Instrumental Album category.

Lorber has done extensive production and session work for other artists including Dave Koz, Eric Benet, and Herb Alpert, as well as working on a track for the critically acclaimed 1997 PlayStation game Castlevania: Symphony of the Night. In addition to his recording and performing, Lorber also hosts his own show on Sirius Satellite Radio.

He Had a Hat