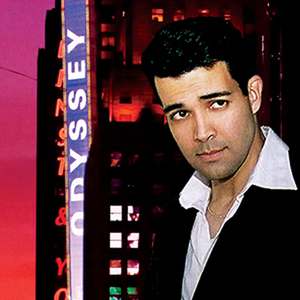 "Jay Soto represents a new generation of musicians and he's ready to make his mark. He's not only a guitarist but a songwriter, engineer and producer. It's nice to see someone with that much talent, energy and enthusiasm emerge on the scene, creating a fresh sound." -Jeff Lorber Award winning musician, singer and composer, Jay Soto draws upon a diverse background to form his unique style. Studying drums at age 5 and piano at age 7, Soto picked up his favorite instrument, guitar, at age 12. His early years were diverse with sound, ranging from Beethoven to Church hymns.

Award winning musician, singer and composer, Jay Soto draws upon a diverse background to form his unique style. Studying drums at age 5 and piano at age 7, Soto picked up his favorite instrument, guitar, at age 12. His early years were diverse with sound, ranging from Beethoven to Church hymns. All this exposure amounted to an early obsession for the pursuit of music.

A consummate player and an accomplished composer/arranger, with song placement on such mega hit shows as "Sex and the City" (HBO) and "All About US" (NBC). Notable television stations such as the Weather Channel and Music Choice have played his music on a regular basis.

He was also the grand finalist in Guitar Center's ?Guitarmageddon? competition,the most respected guitar competition in the nation. He proved his talent immediately by winning the local, district and regional rounds and then made his way to the finals held at Eric Clapton's Crossroads Guitar festival in Dallas, Texas where he played in front of over 15,000 people. In the end, Jay finished as one of the top unsigned guitarists in the nation. He is also a skilled vocalist and had the honor of singing the ?Star Spangled Banner? for a presidential rally in 2004 at Memorial Coliseum in Phoenix, Arizona.

His memorable melodies and impeccable technique on guitar are evident in his successful debut release, Long Time Coming, which has received outstanding reviews from critics everywhere and has opened many doors for this young and fast rising star. His self-produced debut caught the attention of producer greats, Jeff Lorber and Paul Brown who helped produce his sophomore release, Stay Awhile, released in 2007. Other producers on the album include Darren Rahn (Wayman Tisdale, Jonathan Butler) and Mario Mendivil (Nelson Rangell). With the likes of Jeffrey Osborne, Jeff Lorber, Michael Lington and Euge Groove on his release, Soto is in star-studded company and is catching the attention of Smooth Jazz fans everywhere with his fresh sound and impressive skills.

As the first artist signed to the re-emerged, NuGroove Record label, his first single, Slammin', became a smash hit and reached #2 on the coveted, national R&R charts. His next single, Stay A While, is currently rising up the charts. Soto is currently working on his next album which will feature more of Jay's abilities as a musician including vocals as well as his notable guitar playing.