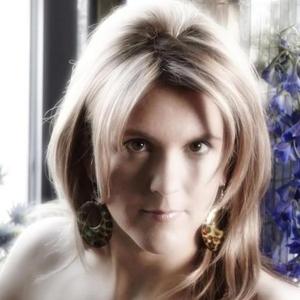 Born and raised in Buffalo, NY, Cindy enjoyed a varied career in music starting from a very young age. Although her first instrument of choice was the piano, which she began playing at the age of six, she made the fateful choice to pick up the trumpet in her fourth grade band program. At the tender age of 12 she began performing professionally with a Buffalo area jazz band that consisted of all promising young musicians called ?Sugar and Jazz.? The group consisted of kids from ages 12-17 and stressed the importance of professionalism and emulating the big band sounds of the 1940s.

Although she continued to perform in various jazz groups as she grew up, it was with this group that Cindy fell in love with performance, jazz music, and especially the trumpet.

Cindy went on to earn a bachelors degree in jazz studies from Ithaca College, and a masters degree in jazz trumpet performance from the New England Conservatory. It was there that she studied with and was influenced by many jazz greats including John McNeil, Bob Brookmeyer, Jerry Bergonzi, George Russell and Steve Lacy. After earning her degrees she immediately moved to the New York City area to begin to cut her musical teeth, playing and performing with her own unique sound. As a sideman Cindy has toured and recorded extensively with various funk, top 40, R&B, jazz-fusion, and straight ahead jazz groups performing everywhere from Emmy Awards parties to the Superbowl.

Cindy is a believer in giving back and has long continued to share her musical knowledge with others. As a jazz educator she regularly conducts jazz workshops all over the country.

As a smooth jazz soloist Cindy recently had the privilege of touring with legendary jazz group Pieces of a Dream, currently performs in the New York City area with the Sly Geralds Band (bassist to Maceo Parker) and is in the process of reforming her own band that will soon set to the road in support of the new record, with a dynamic new show.

The word has found its way to the streets and the early accolades are already beginning to ramp up as she has been recently heralded as ?one of the best young players I have heard in some time? by city sound radio's Dick Fairchild, and that she ?may pave the way for future female trumpet players? by Akbar-Nour (www.smoothjazznow.com).