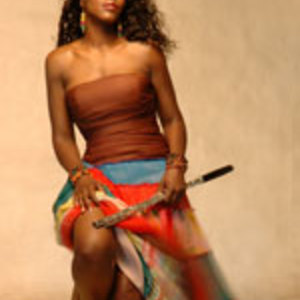 Althea Ren?. This unparalleled artist, born December 25th in Detroit, Michigan, began her musical career at age four as a classical flautist. She studied classical music while attending Howard University in Washington D.C. and later she gained further musical inspiration from the accomplishments of Yusef Lateef, Ian Anderson, and Dave Valentine. She has since developed her own creative style. Althea Ren? has worked more than 10 years as a Wayne County Deputy Sheriff (Detroit, Michigan).

Althea Ren? has worked more than 10 years as a Wayne County Deputy Sheriff (Detroit, Michigan). Today, Ms. Ren? is a full-time performing/recording artist and is regarded among many as one of the nation's most exciting solo improvisational flautists. She is currently one of the headliners on Norman Brown's 2009 Smooth Music Cruise.

Althea Ren?'s latest CD release "No Restrictions" has a unique urban contemporary flavor with a jazzy/R&B twist. She surrounds herself with some of today's most influential music producers to create an unsurpassed collection of jams. Grammy winning producer Michael Broenig (Paul McCartney & Marion Meadows) leads the charge with the piping hot title track "No Restrictions".