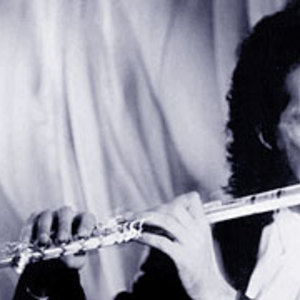 Alexander Zonjic (born 1951) is a professional flutist born in Windsor, Ontario. Zonjic plays both light jazz and some classical compositions. Zonjic initially played guitar at age 9, and by age 15 he was lead guitarist in a local R&B band. At age 21, Zonjic purchased his first flute from a street vendor asking $50. He was impressed with the potential the instrument had, and had pretty much mastered the basics of it by the year's end.

At the age of 22, Zonjic auditioned at the University of Windsor, where he was accepted and studied the works of past masters such as Mozart and Bach. It didn't take long for instructor's to notice his gift with the flute. Upon graduation, Zonjic continued his studies under the tutelage of Ervin Monroe, principle flutist of the Detroit Symphony Orchestra. Zonjic still played guitar at this time, and also began teaching a few other people how to play the flute. Zonjic credits the music of Hubert Laws and Herbie Mann as early influences that helped him find his own style.

Over the years Zonjic has been a sideman with many musicians and has several solo albums to date. He has shared stages with such musicians as Earl Klugh, Harvey Mason, Kirk Whalum and Angela Bofill. Zonjic is also a member of the Bob James' band. Zonjic has done performances at Carnegie Hall, the Hollywood Bowl and the Apollo Theater in New York and has also performed with the Detroit Symphony Orchestra and the Windsor Symphony Orchestra.

Currently Alexander Zonjic is the morning show host of WVMV-FM (Smooth Jazz V98.7), a jazz radio station in Detroit. He resides in his hometown of Windsor with his wife and son, Alexander Jr.

Reach for the sky