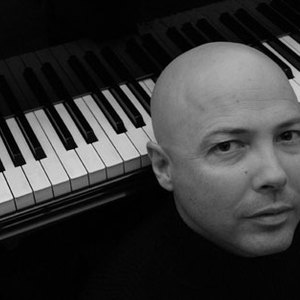 Declining an oboe scholarship from the Julliard after high school because of his stronger love for jazz, Beasley went on to play, tour and record with some of the who's who in music, including Miles Davis, Freddie Hubbard, Chick Corea, Queen Latifah (MD), Christian McBride, Steely Dan (MD), James Brown, Carly Simon, Jon Hassel, Chaka Khan, Spice Girls, Jessica Simpson, Clint Black, to name a few. Recognizing Beasley's talent for composing and arranging, major recording artists have added Beasley's original piano sound and music to their projects. While touring with Miles Davis, Beasley was inspired to release his first of eight solo recordings, which was produced by Steely Dan's Walter Becker.

Highly regarded as a composer, at the young age of 24, Beasley started writing music for Paramount, Disney, and MGM's television shows, namely: Cheers, Family Ties, Star Trek and Fame. He also wrote the Touchstone TV logo, which is still used today. His first brush with Hollywood films was as a pianist and synthesist on film scores for film luminaries such as Thomas Newman, Dave Gruisin, Alan Silvestri, and Carmine Coppola in box office hits: WALL-E, Finding Nemo, Erin Brockovich, Godfather III, A Bug's Life and Austin Powers: The Spy who Shagged Me.

With the popularity of reality shows, Beasley, started working as Musical Director or Arranger on some of the top music and dance shows, including American Idol, Pussycat Dolls Presents, The Search for the Next Doll, America's Got Talent and Singing Bee. On Season 4 of American Idol, Beasley was Associate Musical Director overseeing the 12 female finalists. He arranged the selected songs and coached and rehearsed the contestants for their performances. To his credit, Carrie Underwood took the title and went on to earn a GRAMMY and be a No. 1 country music sensation.