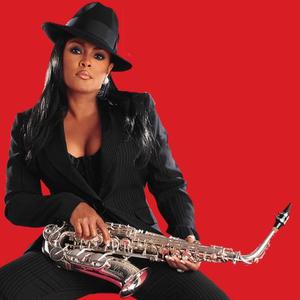 Pamela Williams has lived in Los Angeles since 1989, but it was her native Philadelphia -- an artistic hotbed that everyone from John Coltrane to Teddy Pendergrass to the Fresh Prince has called home -- that did so much to shape her musical personality. "Philadelphia was a great place to learn music because the city's music scene was really happening when I was growing up," the saxophonist recalls.

"Philadelphia International Records was big and everyone was recording in Philly -- The O'Jays, Harold Melvin & The Blue Notes, The Stylistics, Patti LaBelle and Grover Washington, Jr."I love this great guy named Nassar Majeed who helped me along the way.


Washington, in fact, was one of her earliest influences. Williams had been listening to soul and R&B religiously since childhood when Mr. Magic's cutting-edge blend of jazz and R&B ignited a teenage Williams' interest in jazz. "Grover's my idol," says Williams. "He laughs when I tell him that I learned to play the saxophone listening to his records, but it's true. I'd listen to Mr. Magic or Live at the Bijou and copy his solos. I think that when an artist finds his or her own style, it comes from having so many different influences. I loved everyone from The Crusaders to the Ohio Players."

Playing with the Martin Luther King Jazz Ensemble at King High School in Philly's historic Germantown section, Williams was required to embrace both electric jazz-funk and hardcore bebop. Playing in the Ensemble's rhythm section were the improvisors who went on to become "Quiet Storm" favorites Pieces of a Dream.

By the time Williams left Philly's rowhouses and cheesesteaks for L.A.'s sun, surf and smog, she had toured extensively and internationally backing fellow Philadelphian Patti LaBelle. "My success truly stems from Patti's graciousness," says Williams. "She has wholeheartedly supported me and built me up as an artist. I have learned so much from Patti. She is an amazing woman."

While many Philly musicians have made New York their home, Williams chose L.A. primarily because of the opportunities it offers in television and film. Since moving west, Williams has been employed by Arsenio Hall on Arsenio, Jay Leno on The Tonight Show and Rick Dees on Into the Night. In addition to touring with Teena Marie and performing with Prince, Babyface and Chant&eacute; Moore, she has appeared in a wide variety of videos by artists ranging from soul veteran Barry White ("Come On") to rapper/actress Queen Latifah ("Hard Times").

Williams notes that she enjoys performing in a variety of contexts. One thing she won't embrace is the more hardcore, explicit gangster rap. "Music is so powerful, I think it should be used to uplift, not degenerate," she emphasizes. "Queen Latifah's music is very uplifting, but some of the gangster rap is too extreme. I don't want to be a part of a negative message -- especially when you consider that children may be listening. Earth, Wind & Fire were one of my all-time favorite bands because their message was so positive and uplifting. If you were feeling down, all you had to do was listen to them."

But whatever style of music she embraces, Williams is unlikely to be confined to any one genre. "Some people feel like if you aren't playing straight-ahead jazz or classical music, you aren't a serious musician," she explains. "I don't agree with that statement in its entirety. I enjoy performing in a multitude of musical styles from Latin music, jazz, R&B, hip-hop and house. Variety keeps me fresh."

The Look Of Love

A Night With The Saxtress