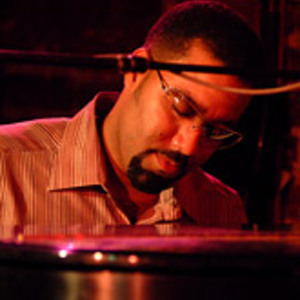 Renowned jazz keyboardist, composer and producer Marcus Johnson continues to stand strong with his latest CD titled Poetically Justified, released June 2, 2009 with a debut at #10 on the Billboard Contemporary Jazz Charts. Poetically Justified marks Johnson's eleventh solo jazz record and is Johnson's most unique and multifaceted album to date. His experience and passion provide the perfect platform for this newest musical masterpiece, best described as a combination of smooth urban jazz with a slice of funk.

Poetically Justified marks Johnson's eleventh solo jazz record and is Johnson's most unique and multifaceted album to date. His experience and passion provide the perfect platform for this newest musical masterpiece, best described as a combination of smooth urban jazz with a slice of funk.


Poetically Justified is introduced with musical force in the funky opener ?Chillaxin? which emphatically sets the tone for this CD and follows with two in-the- pocket jamming upbeat tracks -- ?Capice? lead by the signature voice of hit R&B vocalist Miles Jaye, and ?I See You? featuring Grammy winner jazz saxophonist Najee. ?Master of My Heart? is lead by the sultry vocal stylings of Incognito's Maysa, and is a beautiful romantic ballad produced by Johnson and Raheem Davaughn producer, Robbie McDonald. This song is currently in heavy rotation on adult contemporary radio WHUR in Washington, DC. These four songs set us up for an explosive journey that continues with some great original tracks ? Danni's Song; the bouncy staccato horn driven Ellicott City; the beautifully produced and performed ?Cherish the Journey? and Maysa's upeat performance on ?Hold On?. Johnson's admirers will adore the snazzy cover of John Legend's smash hit ?Used to Love You? and his funky cover of Michael Jackson's hit ?This Place Hotel?, the lead single for smooth jazz radio and Floetry's ?Say Yes?. Miles Jaye returns to the listener in the album's closing number, with the top Billboard single, ?Heaven? from Jaye's acclaimed record, Irresistible.


Johnson's educational background compliments his career success story as both an artist and entrepreneur. While pursuing both a JD and MBA at Georgetown University, Johnson independently produced and distributed his first album in 1997, Lessons in Love. The album went on to sell 40,000 units ? unprecedented for an unknown artist's debut release. Lessons in Love helped Johnson launch his career as a jazz musician and the CEO of Marimelj Entertainment Group LLC (MEG).


During the next decade, Johnson would release several critically-acclaimed albums: Inter Alia, Chocolate City Groovin', Coming Back Around, Urban Groove, In Person: Live@ Blues Alley; Just Doing What I Do, Smooth Jazz Christmas, and In Concert For a Cause, all of which charted at Top 20 or more on Billboard's Contemporary Jazz Charts.


Marcus Johnson intends to bring his love of jazz to the masses, a challenge others might see as too daunting. His ambition, ideas and love of music are the rock on which he stands, raising the art of jazz to the upper echelon of the music industry. Poetically Justified is a brilliant compilation of contemporary smooth jazz with a definitive urban groove, a work of mastery from one of the Jazz world's greatest.

This Is How I Rock

Flo (For The Love Of) Chill

In Concert For A Cause

Just Doing What I Do