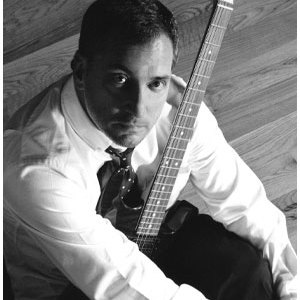 Chuck Loeb is a skillful guitarist capable of numerous styles of music, most notably jazz. Loeb's own solo projects have generally been commercially successful crossover jazz, which has "contemporary" or "smooth" jazz. He started playing guitar when he was 11, discovered jazz when he was 16, took lessons from Jim Hall, Pat Metheny and Joe Puma, and attended the Berklee College of Music. Loeb freelanced in New York (with Hubert Laws, Chico Hamilton, Joe Farrell among others) and then in 1979 joined Stan Getz's group for two years.

Loeb freelanced in New York (with Hubert Laws, Chico Hamilton, Joe Farrell among others) and then in 1979 joined Stan Getz's group for two years. Back in New York, Loeb worked on jingles and soundtracks both as a player and a composer. He spent 1985-87 with Steps Ahead and in more recent times has produced recordings by Donald Harrison, Nelson Rangell, Larry Coryell, George Garzone and Warren Bernhardt.

As a performer, Loeb was part of Petite Blonde, a group featuring saxophonist Bill Evans, Metro with Mitchel Forman, and the Fantasy Band. Loeb has played with Gary Burton, Dave Samuels and many others; in addition his compositions have been recorded by a number of pop/jazz artists.

Chuck Loeb made his first solo record in 1988, recorded extensively for DMP and switched to Shanachie in 1996; Moon, the Stars, & the Setting Sun was issued in 1998; Listen followed in 1999 and In A Heartbeat in early 2001. Chuck has recently toured Spain with fellow band members drummer Josh Dion, bassist Brian Killeen and Matt King on keyboards. Loeb is now the guitarplayer in the superband Fourplay!

When I'm With You