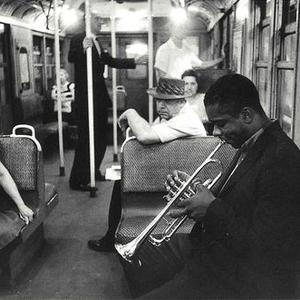 Donaldson Toussaint L'Ouverture Byrd II (born December 9, 1932) is an American jazz, rhythm and blues trumpeter. Born in Detroit, Michigan. He performed with Lionel Hampton before finishing high school. After playing in a military band during a term in the United States Air Force, he obtained a bachelor's degree in music from Wayne State University and a master's degree from Manhattan School of Music.

While still at the Manhattan School he joined Art Blakey's Jazz Messengers, replacing Clifford Brown. After leaving the Jazz Messengers in 1956 he performed with a wide variety of highly regarded jazz musicians.

In the 1970s, he moved away from his previous hard-bop jazz base and began to record jazz fusion and rhythm and blues. Teaming up with the Mizell Brothers, he produced Black Byrd, which was enormously successful and became Blue Note Records' highest-ever selling album. The follow-up albums, Places and Spaces, Steppin' Into Tomorrow and Street Lady were also big sellers, and have subsequently provided a rich source of samples for hip-hop artists such as Us3.

He has taught music at Rutgers University, the Hampton Institute, New York University, Howard University, and Oberlin College. In 1974 he created the Blackbyrds, a fusion group consisting of his best students. They scored several major hits, including "Walking In Rhythm" and "Blackbyrds Theme".

At The Half Note Cafe, Volume 2

At The Half Note Cafe, Volume 1