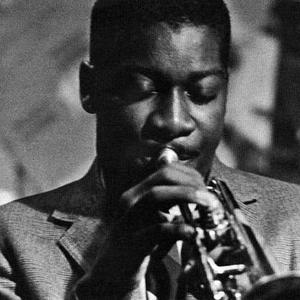 Booker Little, Jr (born on April 2, 1938 in Memphis, Tennessee-died October 5, 1961 in New York City, New York) was an American jazz trumpeter and composer. Despite having one of the shortest careers in jazz history, Little nevertheless made a noteworthy contribution to the music. Stylistically Little belongs to the lineage of Clifford Brown, featuring crisp articulation, a burnished tone and balanced phrasing.

He trained at Chicago Conservatory (1956-58) and worked with leading local musicians such as Johnny Griffin. Later, moving to New York, his most significant associations were with drummer Max Roach and multi-instrumentalist Eric Dolphy, recording with them both under his own name and theirs. With Dolphy, he co-led a residency at the Five Spot club in New York in June 1961, from which three classic albums were eventually issued by Prestige Records. Here he showed promise of expanding the expressive range of the "vernacular" be-bop idiom of Clifford Brown.
Only four albums under his own name were recorded: Booker Little 4 + Max Roach (1958) for United Artists, Booker Little Quartet (1960) for Time, his masterpiece Out Front (1961) for Candid and finally Booker Little and Friend (reissued as Victory and Sorrow) for Bethlehem mere weeks before his passing.
He died from uremia at the age of 23.

Save Your Love For Me: The Ballads Album