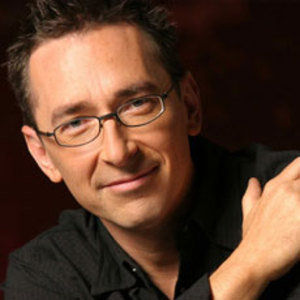 A longtime studio musician, musical director, and touring keyboardist to stars as diverse as Janet Jackson and Dave Koz, Brian Simpson's breakthrough as a solo artist with his Rendezvous Entertainment debut It's All Good was the genre's major story of 2006. Focusing once again on compelling acoustic piano melodies, bright jazz improvisations and spirited funk grooves, Simpson keeps the extraordinary momentum hopping--and, true to the moniker he chose for the new album, soaring--with Above The Clouds.

The title track of It's All Good proved instantly and joyfully prophetic, as it hit #1 on the Radio & Records Smooth Jazz Airplay chart and remained in the Top 5 for four months; his follow-up single ?Saturday Cool? went Top 15. The sessions for Above The Clouds brought out some of the best from his hefty Rolodex: guitarists Tony Maiden, Darrell Crooks and Ray Fuller; bassists Alex Al, Smitty Smith, Larry Kimpel and Melvin Davis; drummer Michael White and percussionist Lenny Castro.

A jazzman from an early age, he grew up in Gurnee, Illinois, a small town north of Chicago, picking up piano at the age of 10. ?My father was a jazz aficionado so I grew up listening to lots of great music. My first and greatest influence on piano was Oscar Peterson, though initially I was much more drawn to the sound of jazz guitar, so Joe Pass, Wes Montgomery, and Kenny Burrell were equally influential,? he explains. Brian went on to study at Northern Illinois University where he majored in piano and starred in the school's big band, an ensemble that won numerous Downbeat awards and offered Brian the chance to perform all over the world.

Upon graduating with a BA in music he moved to Los Angeles, quickly immersing himself in the local jazz scene. He soon found himself jamming after-hours with the likes of future stars Everette Harp, Boney James, and Norman Brown. Brian's story takes an interesting twist shortly there after. He found himself taking a temporary leave of absence from the jazz scene, touring the world with pop divas Teena Marie, Sheena Easton, and Janet Jackson. His foray into the pop world didn't end there; in January 1991 he co-wrote the #1 Pop hit ?The First Time? by Surface, which conquered both the R&B and Adult Contemporary charts.

Placing his success in pop aside, Brian Simpson has always been a working jazz musician. He has toured with some of the greats of recent jazz history, including George Duke, Stanley Clarke, Larry Carlton, George Howard, Billy Cobham, and Gerald Albright. Along with Mr. Duke, Brian has had another major influence, both on and off the stage. Brian has been the musical director for jazz saxophonist Dave Koz for the past 10 years, and most recently, musical director for the "Dave Koz and Friends Cruise" as well as the "Smooth Jazz Cruise" hosted by Wayman Tisdale.

Out of a Dream

Just What You Need

Just What You Need (CDS)