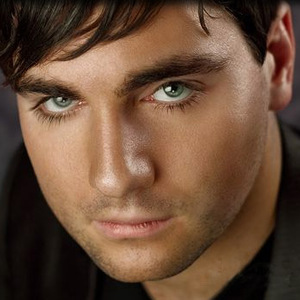 The key attribute of any truly successful artist is the ability to consistently write music of the quality that can shape a career. This doesn't always come easy but in the case of writer, producer and keyboard player Jonathan Fritz?n he makes it appear to be the most natural thing in the world. His latest album, the delightfully accessible ?Diamonds', is a case in point. Released in June 2010, and described as his most personal project yet, he has composed all ten tracks, produced throughout and engaged the services of some really outstanding guest artists.

His latest album, the delightfully accessible ?Diamonds', is a case in point. Released in June 2010, and described as his most personal project yet, he has composed all ten tracks, produced throughout and engaged the services of some really outstanding guest artists. Both Alex Al and Mel Brown contribute on bass while sax duties are shared between Koh (aka Mr. Saxman), the ubiquitous Darren Rahn and rising smooth jazz starlet Jessy J. Indeed her performance on the sultry ?Fly Away' is something to savor while a special mention must go to the soul drenched ?You'll Be Mine' where not for the first time vocalist Laila Ad?le steals the show. Rahn, who also mixed the album, provides an input to the mid tempo ?This Way That Way' which is sure to make it a favorite of the airwaves but that said the first single to be serviced to radio is ?Dance With Me'. Finding Fritz?n at his rhythmic best, the track has powered its way to an extended stay at #1 on the Billboard Charts and in so doing helped ?Diamonds' become a #1 smooth jazz best seller on Amazon.com

It was back in 2008 that his debut CD ?Love Birds' announced him as a performer of tremendous promise. Every one of its eleven original compositions reached to the very core of what great smooth jazz should be yet less than a year later Fritz?n returned with the equally impressive ?VIP'.

Jonathan Fritz?n was born in Stockholm to a Swedish mother and an American father. As a young child he playing drums and later added piano, bass, guitar, flute and vocals. By the age of 22 Jonathan had performed on national Swedish television several times and toured with some of the countries most respected jazz musicians. Three years later he recorded ?Love Birds' and the rest, as they say, is history. With ?Diamonds' he is all set to write a new chapter. It is a further manifestation of the innate ability Fritz?n has to weave rhythm and melody into everything he does and supported by an active touring schedule that has already included performances in the USA, Europe and Asia, is sure to be one of the albums of the year.