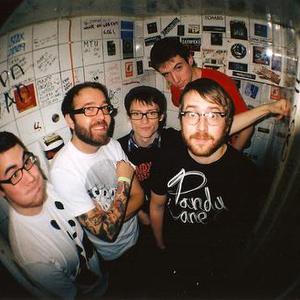 Polar Bear Club is a punk rock/post-hardcore band from Rochester and Syracuse, New York. A demo released in 2005 brought them much attention, and was a precursor to their first EP, The Redder, the Better, released in Summer 2006 on Triple Attack and Luchador Records. The EP contained catchy, pop-punk songs with lots of of opportunities for energetic sing-a-longs, and was found to be a fan and zine favorite throughout the year.

The band's debut full-length, Sometimes Things Just Disappear was released in March 2008, also receiving glowing reviews from an even wider number of webzines and great reception from their rapidly growing fanbase. Appearances in "best of" lists followed, as well as tours with The Gaslight Anthem, American Steel, Crime in Stereo, A Wilhelm Scream and Cancer Bats, leading to the band's signing to Bridge Nine Records, officially announced on January 8, 2009. The label at the same time announced they would issue Sometimes Things Just Disappear on vinyl sometime during spring.

In February/March 2009, the band toured the UK and Europe with The Gaslight Anthem and Frank Turner, with a small string of UK headlining dates subsequent to the tour. During the European visit, they announced plans to return for a US tour with labelmates Have Heart. They also announced that they were to start work on a new album, to be produced by Matt Bayles.

On May 28, 2009, the title and release date of the bands second full-length, Chasing Hamburg was announced in a press release. In compliance to the press release, the album was released on the previously announced date through Bridge Nine Records on both 12" vinyl and CD.

The Summer Of George

The Redder, The Better