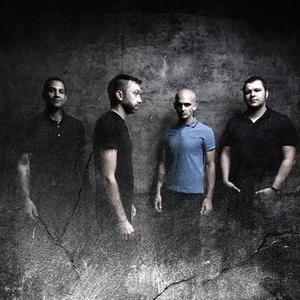 Rise Against are a punk rock band from Chicago, Illinois. Formed in 1999, and originally performing under the name Transistor Revolt, they released a self-produced demo entitled Transistor Revolt in 2000, a year before signing with Fat Wreck Chords to release their first two albums, The Unraveling in 2001, and Revolutions Per Minute in 2003. They later switched to Dreamworks Records and recorded their album Siren Song of the Counter Culture.

However, Universal Music Group took over Dreamworks Records and Rise Against finally found themselves on Geffen Records, a Universal Music Group subsidiary, releasing Siren Song of the Counter Culture in August 2004. A re-issued version of The Unraveling was released on August 23, 2005 through Fat Wreck Chords. They released their 4th studio album entitled "The Sufferer and The Witness" on July 4th 2006.

Rise Against's original lineup consisted of Tim McIlrath (vocals and guitar), Joe Principe (bass and vocals), Brandon Barnes (drums), and Mr.Precision (guitar and vocals), and recorded its debut album with renowned punk producer Mass Giorgini. Mr. Precision left the band in 2001 and was replaced by Todd Mohney, the guitarist of McIlrath's side project The Killing Tree. Shortly after the band signed with Geffen, Mohney left and was replaced by Chris Chasse. Mohney would become part of the punk supergroup The Falcon along with members from other popular Chicago punk acts, Alkaline Trio and The Lawrence Arms. After the release of the The Sufferer and The Witness, Chasse left the band due to the "overwhelming tour schedule stacked on growing pressures and demands" (he is now in the bands Last of the Believers and Nations Afire; in his place now stands Zach Blair of Only Crime. According to a statement by McIlrath, "Yes, the Rise Against curse continues..."

Various musical influences are apparent in their songs on Siren Song of the Counter Culture. The opening song, "State of the Union", is comparable to classic hardcore. As an introductory song, it is supposed to make the listener wake up. "To Them These Streets Belong" and "The First Drop" are more typical of the traditional punk in the style of Pennywise. Most of their lyrics include a political message of some sort. The aforementioned "Swing Life Away" is slow-paced song, originally recorded for the Punk Goes Acoustic compilation album.

The band had a slow but steady rise in popularity, with each album building on the popularity of the previous and bringing them to a new level of mainstream awareness, beginning with their independent label debut The Unraveling to their latest major label offering, Appeal to Reason, which had the band make their signature sound slightly more accessible and offered them their heaviest airplay to date and is their highest-charting album.

The members of Rise Against are straight edge (with the exception of Barnes), and are all either vegetarian or vegan. They have toured recently with Bad Religion and My Chemical Romance and have made several tours around the US and Europe.

On October 7th of 2008, they released their 5th album called "Appeal to Reason". This was the first album with new comer guitarist Zach Blair, formerly from Only Crime. The single "Re-Education (Through Labor)" was released on August 19 of 2008 and is available for listening on the band's official website.

They began recording a new album entitled Endgame in February of 2010. They released Endgame, their 6th album, on March 15, 2011.