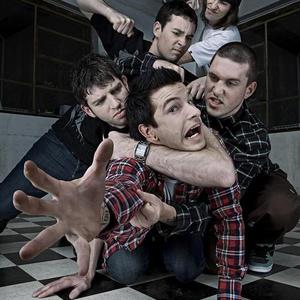 Behind Crimson Eyes are an Australian post-hardcore rock band from Melbourne, Victoria. Their debut album attempted a more mainstream direction compared to their previous two EP releases, featuring heavy rock mixed with elements of the mainstream idea of screamo, pop and, allegedly, metal. Since forming in 2004, they have played the Melbourne leg of the Taste of Chaos tour in 2005, after which they sold out all but one show on their national headline tour, clocking up over 150 shows in 2005.

Tracks from their EPs have received airplay on Australia national youth radio station Triple J, featuring on the punk and hardcore show Short Fast Loud, with 3 of their songs making it the high rotation playlist by the end of 2005. Behind Crimson Eyes released their debut album A Revelation For Despair on November 18, 2006 cracking the ARIA Chart Top 50 with radio support only from Triple J.

On 20th April 2007 Behind Crimson Eyes performed at the free annual triple J concert, The One Night Stand in the small NSW country town of Cowra. In September 2007, the band joined UK metal band, Bullet For My Valentine on their Australian tour. Behind Crimson Eyes also supported Bullet For My Valentine again in May of 2008, this time with Atreyu and Avenged Sevenfold as well. In September of 2008 the band supported Disturbed.

Behind Crimson Eyes are now signed under Roadrunner Records Australia where they released their self-titled album in March of 2009.

Scream Out Your Name To The Night

A Revelation for Despair