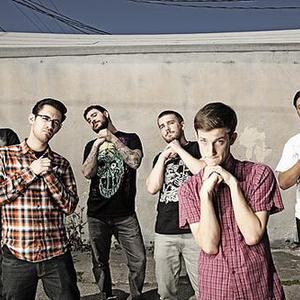 Set Your Goals is a San Francisco, California based pop punk band with hardcore influences and two vocalists, formed in 2004. The band name comes from melodic hardcore band CIV's first album, Set Your Goals. Set Your Goals released their first EP, Set Your Goals, on Straight On Records in May 2004. After signing with Eulogy Recordings, they re-released the EP under the name Reset on April 11, 2006 with vinyl released by Panic Records.

A cover of The Police's Message In A Bottle can be found on their MySpace and a cover of Lil' Jon's Put Yo Hood Up can be found on Punk Goes Crunk, released on Fearless Records. In May 2008, they released a new song called The Fallen.

Set Your Goals performed as the backing band for Vinnie Caruana for a select number of The Movielife shows in the US and UK.

Set Your Goals reached a buy-out agreement with Eulogy Recordings in August of 2008. The band parted on bad terms, with co-vocalist Jordan Brown issuing the following statement on AbsolutePunk.net:
"These were not sent as bragging rights. Please do not buy Eulogy records, do not buy Set Your Goals merch from Eulogy's e-store. John has made an untraceable amount of money off of SYG's music and will continue to do so. We have never seen a dime. I have always said from day one that i don't do any of this for money, and i do not. But it does not sit well with me the amount of money he has kept from us (and many other bands). I could care less [sic] about seeing any of that money for myself, but i would rather it be with somebody or another band who deserves it more than John Wylie does. We cannot regain control of our Mutiny cd; the reset songs we will get back in another 3 years. For now he continues to milk Set Your Goals for what he can."

Following the previous statement, co-vocalist Matt Wilson hinted that their upcoming album may be self-released. However, in March 2009, the band announced their signing with Epitaph Records. Their second album, This Will Be the Death of Us, was released on July 21, 2009.

Burning At Both Ends

This Will Be The Death Of Us

The Steal.Set Your Goals (Split With The Steal)