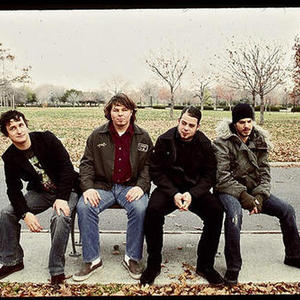 None More Black is a New Jersey-based punk rock band. They were formed in 2000 by lead singer/guitarist Jason Shevchuk after the demise of Kid Dynamite. Their name originates from a line in mockumentary movie This Is Spinal Tap. Several of the band's song titles are references to jokes from the television show Seinfeld. Jason left Kid Dynamite so that he could finish film school, and "to sort some things out.

Jason left Kid Dynamite so that he could finish film school, and "to sort some things out." While at school, Jason had written some songs and would play them with his roommate Dan and a drum machine. By 2000, they had a second guitarist and a real drummer. That lineup soon fell apart, but by 2001 Jason and Dan had recruited Jason's brother Jeff, along with a new drummer. But after recording a 7" for Sub Division Records, that lineup fell apart, this time leaving only Jeff and Jason. But finally in 2002 (after a few more lineup changes) a solid (or so it seemed) lineup was established, featuring Paul from Kill Your Idols on bass. A demo was recorded, circulated, and the band went on to release their first full length on Fat Wreck Chords. The band split up in 2007.

On July 7, 2008 the band announced on their Myspace blog that they have decided to re-form and will be recording a new album.

From their myspace:
"Ok, here's an update:

March 7th 2009 we will be playing the Harvest Of Hope Festival in St. Augustine , Fl. Along side many good friends. Its gonna be a great time, So were excited, and whoever reads this should consider buying plane tickets while they're still cheap!!

Onto some big news. It saddens us to announce the departure of our long time drummer and brother, Jared Shavelson, from the band. He shared the most time with us, and is possibly one of the best drummers around today. However, the time has come for both entities to move in different directions. He is, and will always be our friend, and a part of our family. We were lucky to have someone of his caliber be in our band, and play on one of our records. We wish him the best.

So, with that being said. We'd like to introduce the newest addition to the NMB family, who most of you may know from bands such as, New Mexican Disaster Squad & Gatorface. As well as being the man behind Horsebites Design.. Richard Minino!! Richard has been a long time friend of ours, and it's a pleasure to announce his addition to the band. He has some big shoes to fill, but we are confident he's gonna kill it and sooner than later you'll get to see/hear some more of us!!

We're also workin on some new music, which will not be made available anytime soon, nor will be complete anytime soon. Just know the machine is slowly moving and preparing to crush in 2009."