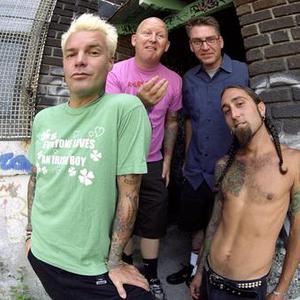 Good Riddance is a punk rock band hailing from Santa Cruz, California. They formed in 1986 and after over twenty years, eight albums, and countless tours, played their farewell show in 2007. They played fast and explosive punk and hardcore music that was heavily influenced by the early American hardcore scene. The lyrical themes varied from political protests and analysis of the American society, to personal struggles and alienation. On occasion, the band had also been known to write slower, sometimes romantic songs.

Every member of the band is either vegan or vegetarian.
The band reunited in 2012.

Peace in Our Time

Remain In Memory (The Final Show)

Bound By Ties Of Blood And Affection

Symptoms Of A Leveling Spirit

The Phenomenon Of Craving (EP)

Ballads From The Revolution