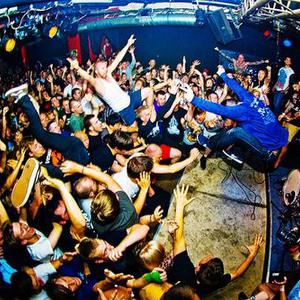 Have Heart was a straight-edge hardcore band from New Bedford, Massachusetts. They embraced a realistic and forward-thinking attitude both musically and lyrically, with an eclectic influence from various '80s and '90s hardcore bands, ranging from Youth of Today and Verbal Assault to Outspoken and Unbroken, to In My Eyes and Bane. They started in 2002 and ended in 2009, after releasing a 2003 Demo, a 7" on Think Fast! Records (2004's What Counts), and two LPs on Bridge Nine Records (2006's The Things We Carry and 2008's Songs to Scream at the Sun).

Songs To Scream At The Sun

The Things We Carry

The Things They Carry