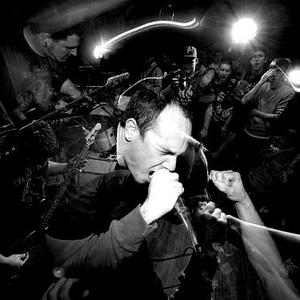 Ambitions began in 2005 as a way for Jay and Jeff Aust and John Ross to challenge the boundaries that separate hardcore and punk. Taking a range of diverse influences, not the least of which include Quicksand, Turning Point, Face To Face, and Avail, Ambitions released a demo and began to play shows all along the east coast. In September of 2006, Ambitions released their EP "Question" on Think Fast! which garnered rave reviews and caught the attention of Bridge Nine. They went on to release their debut LP Stranger on November 6, 2007.

After solidifying their lineup, Ambitions hit the road with Modern Life Is War, Bane, Have Heart, Verse, Shipwreck and more. Despite a two-year hiatus beginning in 2008, the band has returned to record a new 7-inch entitled "Surface to Air" which will be released this Winter 2010/2011 on Post Script Records.