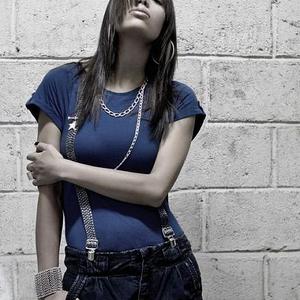 Zaho (born Zehira Darabid on May 10, 1980 in Oran, Algeria) is an Algerian R&B singer living in Montreal, Canada. She learned guitar from the age of seven years and very quickly learned the r?pertoire of Francis Cabrel by 10 years. In 1999 when she emigrated to Montreal, she discovered the world of professional music with its producers and its studios. Zaho put aside her studies to dedicate herself fully to music. She has worked with notable names such in the French industry such as Idir, Tunisiano and Soprano.

In 2008, she released her debut album titled Dima (meaning Always in the Algerian dialect).
Zaho wrote "Tout ce temps" for Idir, and Idir insisted that she sings the song with him.
She represented France in the 2008 MTV EMA's and won the Best French Artist award.